Is this dawn for real?

Dalal Street is in celebratory mode, but it may be a bit early to pop the champagne.

Stock markets are famous—or should we say notorious—for moving ahead in anticipation of an upturn on the economic front. Last fortnight it was no different as the benchmark BSE Sensex gained 14 per cent in the week after the Congress-led United Progressive Alliance (UPA) came to power at the Centre. Foreign Institutional Investors (FIIs) joined the frenzy on Dalal Street, pumping $1.15 billion into Indian equities in that period. Like the rest of the bulls on the street, the FIIs are hoping for some big-bang reforms from the new government to get the Indian economy on the fast track once again. 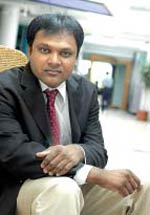 Jigar Shah
Now that’s a perfectly legitimate hope. The only problem, however, is that as things stand today, it’s just that: A hope. “The stock market has moved ahead of fundamentals, and it will take at least six months for the economy to recover,” explains Jigar Shah, Senior Vice President & Head of Research, KIM ENG Securities. Shah points to just one of the trouble spots, growth of industrial production, which is still in negative territory and for which there’s no quick fix.Still, the advantage of a stable government is that it can address such concerns—a ballooning fiscal deficit at 12 per cent (Centre and states) of GDP being another—during its tenure. And it’s such an expectation that’s got even economists wound up. Just a month ago, when the Reserve Bank of India had cut key rates, Shailesh Jha, Senior Regional Economist at Barclays Capital, had estimated GDP growth at 6 per cent for the current financial year.

After the election results, Jha sees a possibility of 1.5 per cent increase in these estimates. In the same vein, Chetan Ahya, Executive Director and the India & South East Asia Economist, Morgan Stanley Asia, has upped his growth estimate from 4.4 per cent to 5.8 per cent for the current fiscal. What may also be working in India’s favour is a parallel hope of a turnaround globally. A Bank of America-ML survey of 220 global fund managers conducted before the poll results reveals that seven out of 10 investors expect the world economy to improve in the next 12 months.

But, then again the global economy turning isn’t much different from the UPA government delivering the goods—both are hopes that have resulted in a stepup in sentiment. There’s more than a fair chance that the scenario won’t pan out the way the bulls see it. Ridham Desai, Managing Director and Co-Head -Equity, Morgan Stanley, in a recent research note, waves a flag of not-too obscure pragmatism when he points out that stock market performance for the rest of the year will depend on government action and the risk of disappointment can’t be ignored. “This time the government needs to revive growth in a difficult global environment and deal with a large fiscal deficit,” notes Desai. Nouriel Roubini, the economist, who’s become a poster boy of sorts courtesy his success rate at professional pessimism, not unpredictably points out that the optimism about the bottoming out of the recession is grossly misplaced.

“A careful assessment of the data suggests that rather than green shoots there are plenty of yellow weeds both in the short term and medium term,” said Roubini recently on an economic and financial website.

Ouch! For now, the bulls are revelling in the moment. And why not. A bull market driven by FII inflows may, in fact, be much more than just a barometer of things to come. The dollars that have come in so far have done their bit to help the rupee rally from Rs 49.55 on May 15 to Rs 47.40 to a dollar at the time of going to press. “Capital inflows will lend stability to the rupee,” says J. Moses Harding, Head, Global Markets Group, IndusInd Bank. Make way for the greenbacks.