As Facebook tests its reactions buttons, many predict that non-verbal communication is the future of social networks. 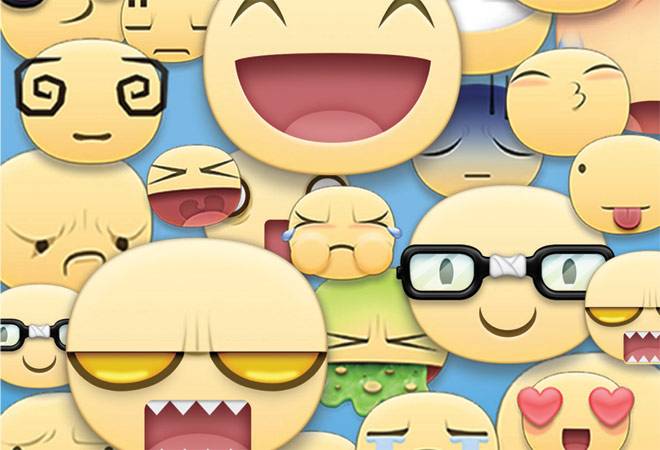 Admit it. Haven't you often pressed Like or Favourite buttons on Facebook or Twitter because you were too lazy to write a comment? Long form may be trending in traditional media, but on social networks, brevity rules. Soon, we may move to wordless communication going by the amount of investment social platforms are making in developing emoticons.

Coming soon on Facebook is 'reactions', which will give you an option of six different responses to a post - like, love, haha, yay, wow, sad and anger. It is being tried in Ireland and Spain to start with before it is rolled out in other countries.

But Facebook is rather late to the non-verbal party. Chat apps such as Line, WeChat, WhatsApp, Nimbuzz and Hike Messenger have stolen a march when it comes to emoticons and stickers. Says Vikas Saxena, CEO, Nimbuzz: "Around three to four years ago, when emojis became available, almost all peer-to-peer chat networks began using them to make communication more expressive."

Gradually, the chat apps began working on taking emojis a step further, and stickers were born. Today, there are thousands of free stickers that users can download from stores. There are paid stickers as well - yes, users in Japan, Korea and the Middle East actually don't mind paying for stickers that use cult characters. And now, brands are joining the party by pushing their products through the sticker option. For instance, on Nimbuzz, if you type Good Morning, an image of Kellogg's cereals pops up as a sticker option.

The chat apps are really pushing the boundary on emoticon usage. Nimbuzz' Saxena describes how users just need to type a word and the app suggests a suitable emoticon, saving the user the bother of searching through hundreds of options.

Hike Messenger, launched by Airtel founder Sunil Mittal's son Kavin Bharti Mittal, has a similar sticker suggestion tool. It offers over 5,000 stickers in 30 local Indian languages bucketed into 25 categories. Obviously it's going to be tough for users to search through the library. So, version 4.0 of the app recommends stickers based on what users are typing, making discovery easier.

The way we use emoticons on chat apps today, many predict that we are witnessing the birth of a new language. Says Kavin Mittal: "Messaging is undergoing a profound transformation... It's becoming clear that it's hard to go back to simple text once you have witnessed the deep emotion through which one can converse using stickers."

Last year, two Britons, Matt Gray and Tom Scott, in fact, set up an instant messaging network called emoj.li whereby users could communicate only through emojis. Over 60,000 people downloaded the app, but today the site is closed, with a message posted on the home page that it was set up as a joke!

But with YouTube offering tutorials on how to make your own stickers for WhatsApp and other chat apps, the joke may well turn into reality!

Instant messaging use is on the rise globally. A study by TNS fi nds that over three out of fi ve Internet users (61 per cent) in APAC are now using instant messaging every day, whereas only 43 per cent of users in the geography use social networks every day. Facebook and Moments (WeChat) are the two top used platforms in APAC 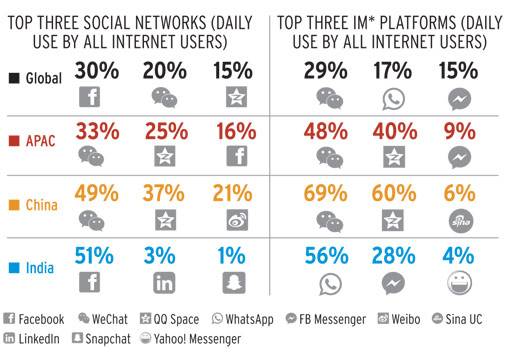