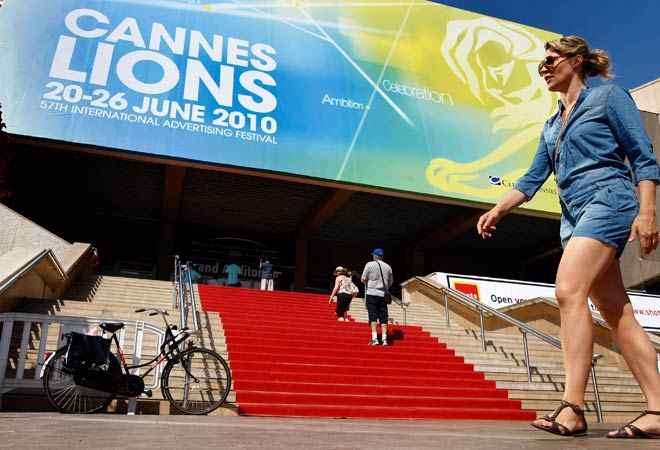 'No, it is the equivalent of a selfie'

Everyone in advertising loves awards. Now, clients' love awards more than the agencies. Fame is a potion everyone wants to be drunk on. Even if it means that the potion is self-brewed, selfserved and is self-serving. That to me is the Cannes Advertising Festival. The festival is a self-created indulgence that is insidious and expensive. Cannes is the equivalent of a selfie. Today we know selfies are not good.

There are three reasons that are key to not attending Cannes. First is financial, second is strategic, and the third is practical.

The first reason is money. Cost of an entry at Cannes is Rs 65,000 to Rs 100,000 depending on the category. This year, there are 500 to 600 entries from India. No entry is filed in isolation. There is a significant expense in creating an entry - usually, a short film that narrates the story, which costs as much as the entry fee. Each delegate pays around Rs 200,00 to get to participate in the show, not including stay and travel. Easily, over a 100-member Indian delegation is attending the fest. If you do the math, India this year may have spent close to Rs 20 crore to participate and travel to French Riviera. While this may be small from the industry perspective, for an industry struggling to increase profitability, it is a huge cost.

The second reason is strategy. Participation in any industry award show is driven by how managers see long-term benefit accruing to the agency. Advertising is a business where the creative team works to get famous. They want their peers to celebrate them, be proud of them. The agencies that win awards believe that a good showing helps them win new business, grow exponentially and improve standing. The likes of Gunn Report who rank creative folks by the awards they win furthers this feeling of improved reputation. Nothing can be farther from the truth. Agencies win new business despite not winning awards. Agencies' reputation is not linked to only winning awards but also to how consumers react to brand messages and how much trust they have won of their clients. If anything, the agencies lose their key creative talent after the award shows. Those who win awards put a higher price tag on their talent, hungry agency heads make them better offers and a slew of musical chairs is played. Imagine if the industry had distributed the Rs 20 crore it spent for awards between the key talent who matter, how much better it could have been?

The third is the reason of practicality. There was a time when participating in a festival like Cannes meant greater exposure to the best of art and craft in the world, and improving your own skills. Today, in the connected world, everything is available in real time; there is no new grand discovery that is being made at the festival. This year, big winners from ALS to Apple are all well-known and have been debated by the entire fraternity. The industry also knows clearly what is true brand work and what is 'created for awards' work. Organisers at Cannes do call a slew of key speakers to come and address the fraternity. However, today, most of what they say is available across many seminars and TED talk videos. It makes little sense to hop across to the other end of world to hear increasingly stale brand ambassadors.

This is the age of the connected world. In this connected world, a reclusive, self-contained, self-indulgent awards festival has lost relevance. Selfie, but why? 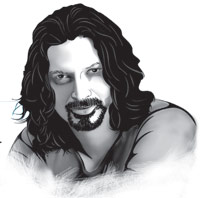 'Yes, it stimulates their creativity'

Cannes is costly. Very costly. But, then again, you get what you pay for. Your campaign is bathed in an international spotlight. Your creative people get the motivation they need to dig deeper and reach higher. Your clients feel gratified that they are working with the finest talent - talent that is making the most of their brands.

There was a time when companies like Unilever and P&G shunned what they saw as the tawdry glitter of this 'over-hyped' contest on the Riviera. But that was till they realised the incandescence of winning work lights up the brand and its market. Indeed, as number crunchers ought to know, the correlation between awards won and market results makes for excellent business sense.

Like any successful entity, Cannes is constantly evolving to respond to its environment - and its critics. Many of its newer categories are judged not by the yardstick of creativity alone but by market success as well. This development is designed to win over anybody who still believes that effectiveness does not sit well with creativity.

There are those who have questioned the relevance of the Cannes extravaganza in light of the shrinking size of traditional advertising. But they haven't noticed that Cannes stopped calling itself an ad festival and is now known as a festival of creativity. Creativity that encompasses every sort of new and emerging media, not to mention every degree of what used to be known as a 360-degree offering - from Direct to PR.

Yes, the judging process is not perfect. But then again it can't be. The truth is that advertising and its brethren are at best only part science - no matter how much the suits would try to have you believe otherwise. You can endeavour to make communication scientific, but there remains at its heart a strong element of subjectivity. And the judging rightly reflects that.

Fame and fortune, some would say, are the two things that human beings hanker for in their professional life. Certainly, they are what creative people strive for, especially the former - given that it is difficult for most young creative people in India to make a fortune, fame ends up being the single most important motivator.

Let us also not forget about the learning circuit at Cannes: the talks, workshops and screenings. You can listen to Bono speak about the power of giving. Or learn how to write a super-hit script from the writer of Game of Thrones. Or simply be bowled over as a former US president tells you how creativity rules the planet. It is hard not to come out of these sessions without experiencing a high far higher than the drug-induced ones that creative people sometimes indulge in to crack an idea.

"It's an all-expenses-paid holiday, that's all it is!" - is a criticism levelled at the Cannes bandwagon. It is a bit of that. And why not? I would say it is a welldeserved reward for burning both ends of the candle around the year. "Cannes is one long debauched party," say others. And they are right too. But it is a party at which you may find yourself having a conversation over a drink with a celebrated grand prix winner from half-way across the world. There could be nothing more inspirational for some creative people. It stimulates their creativity; makes them feel part of an elite club; gets them to believe that they could win the next grand prix. And, as we know, nothing is more effective in making a person excel than self-belief.

Who wins? The agency does. The client does. The brand does.

What is leading to the death of 3G in India?