A set of new social networking sites plan to pay users for their posts and updates. Is this going to be a disruptor? 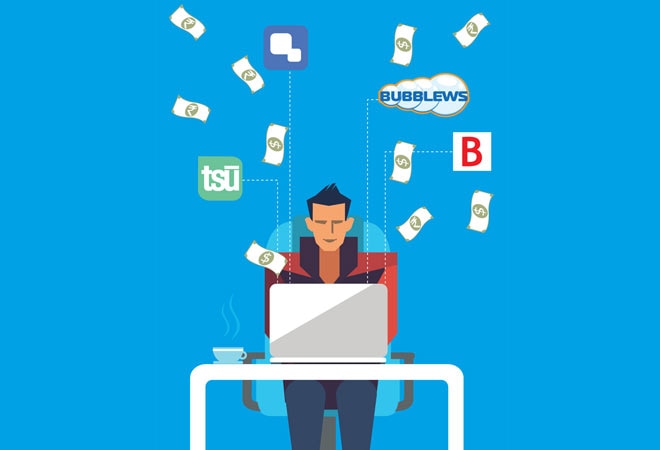 We create the content and the social networks book the profits. Facebook had on its rolls 10,082 employees as of March 31, 2015. But apart from its salaried workers, the social network that earned revenues of $12.46 billion in 2015, has 1.23 billion users creating masses of free content for it.

Almost all the big social networks - be it LinkedIn, Twitter or Instagram - thrive on free user generated content. Now a set of new networks is threatening to disrupt the social economy by promising to share the wealth with their users.

There's the much talked about Tsu launched in October 2014 with VC funding of $7 million that has a revenue sharing deal with its users. It says it will only keep 10 per cent of the ad revenues it generates with itself and share the rest. Already Tsu claims to have two million users.

Then there's Bubblews, a social blogging site started by Arvind Dixit and Jason Zuccari who met as students at West Virginia University. Users get compensated for every view, like and comment. Though, of course, things are not all that simple. Payment is based on how much your activity provokes some other kind of networking activity on the site. Bubblers, as Bubblews users are called, have to garner 5,000 likes across their posts to be eligible for a revenue share.

There's also Bonzo Me created by New Jersey surgeon Michael Nusbaum which pays 80 per cent of the ad revenues it gets to popular posts.

While Tsu, Bubblews and Bonzo Me pay in conventional currency, there's BitLanders which pays users in cryptocurrency. You earn in Bitcoins and the minute your earnings reach $10, it can be used on PayPal to shop. 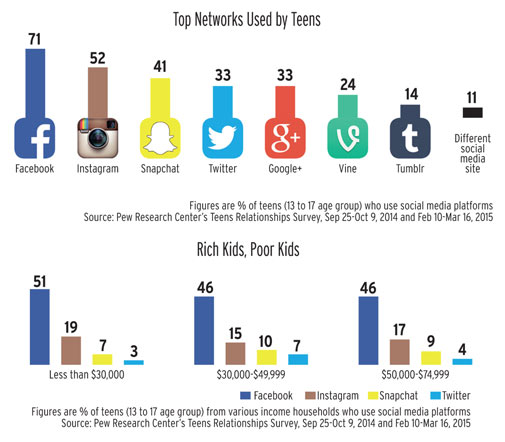 All of these sites are interesting experiments. But for the experiment to work, the user base has to be large enough for the advertisers to show interest. Tsu seems to have made headway on that count attracting quite a few cool celebs, especially artistes. Also, the fact that it just took just five weeks for the platform to reach one million users (it took Facebook 10 months) has got people interested in the site.

So, are people making money on this site? On Tsu, while musicians and artists are apparently scoring a hit and already earning dollars, there's even the case of a homeless man who offers life advice through little videos and has rustled up 30,000 followers on the site who has cashed in.

And as Tsu's founder Sebastian Sobczak argues, a payment system also gives copyright protection for creators of original posts. Right now, clever, witty posts tend to go viral and the author of the posts often remains anonymous. But will Facebook and other networks now be forced to follow suit? Twitter and FB influencers do get rewarded - though not by the social network itself but by brands who use their services.

On YouTube, however, the platform is beginning to share wealth. Users can sign up for YouTube Partner Programme and earn 55 per cent of ad revenue on their posts, provided they have got 75,000 hours of being watched over three months.

What's playing out in the Internet world is almost akin to the revolutions that happened offline, when Marxist theories of a more equitable distribution of wealth disrupted several economies. Will this have as much of a profound impact? One has to wait and watch.

So, it is official. Apple is back in the music scene. The loud announcement at the Apple Worldwide Developers Conference (WWDC) last week was that the tech giant would be launching a new streaming service called Apple Music that would take on the likes of Spotify and Pandora. Finally, the $3 billion acquisition of Dr Dre's Beats by Apple makes sense. Apple has rebuilt iTunes Radio and the fi rst station called Beats One will be launched in 100 countries. Apple Music will also have a social network feature Connect for musicians and fans to share lyrics, photos and songs. All this will be music to the ears of fans!

Now you can do more than chat and call on Facebook Messenger. The Menlo Park social networking giant has let the games begin on Messenger. The fi rst of the Messenger games - Doodle Draw - is here, reports TechCrunch. To play the game, you open a chat thread, and tap on the "…" button which will open up the platform's app list. The game is a bit like Pictionary where you draw and your chat partner guesses the object. The big question is: Will adding games increase engagement or will it drive away users?

Trolls and Twitter seem to go together. But fi nally the microblogging platform has come up with a possible tool to deal with the problem. Tweeples can now share lists of users they have blocked with others. By letting people export their lists of blocked users, Twitter is facilitating a bulk blocking of trolls, that could wipe out quite a few abusers. But trolls are a problem of pestilential proportions - they will no doubt be back with new tricks!

How venture debt is coming to the rescue of start-ups