For start-ups, the venture debt money is killing several birds with one stone. 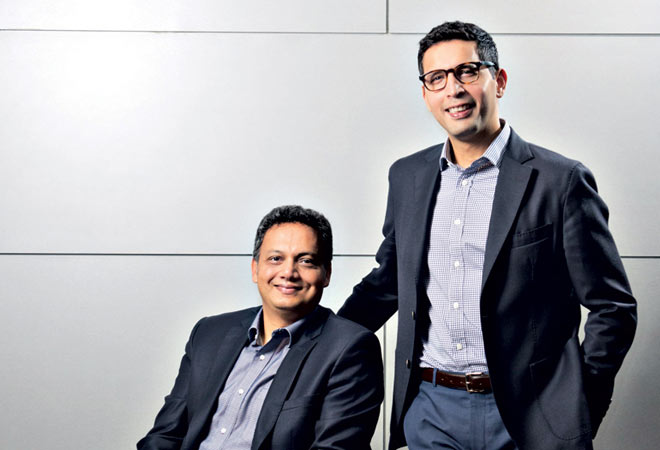 Back in December 2012, Kunal Bahl of Snapdeal was buying time. The e-commerce start-up that he founded with school friend Rohit Bansal was in the middle of a fund-raising round. He had some offers on the table, including from eBay, the US-based online marketplace.

Though Snapdeal had been registering a significant improvement on most parameters - gross merchandise value, web traffic and number of users - Bahl wanted more time so that he could show even better performance and get a higher valuation. This, after all, would have got him more money. But waiting was difficult as the company was burning cash like nobody's business.

It was around this time that Vani Kola, Managing Director of venture capital firm Kalaari Capital, among Snapdeal's early investors, introduced Bahl to Vinod Murali, Managing Director of InnoVen Capital India (known as SVB India Finance at the time). Murali met Bahl, studied the business for about three weeks, and gave a $1.5 million loan. "We gave them flexibility of a few months that allowed them to identify the right [equity] partners," says Murali. In June next year, Snapdeal raised $50 million from investors led by eBay at a valuation of around $500 million. Murali was paid back and the deal closed.

InnoVen Capital is part of a growing tribe of financiers in India who provide venture debt - a new form of financing, typically short term, that is playing the twin roles of a protector and a buffer for cash-hungry start-ups.

Venture debt is a mature asset class in the west. It comes to life 10-15 years after the venture capital market matures. For instance, in the US, venture capital was a 1970s phenomenon. Specialist debt providers began to emerge in late 1980s.

In India, too, the venture capital market grew from $300 million in 2005 to $2.1 billion in 2014, a glut that prompted start-ups to use equity capital from venture funds for all their needs. However, the market has now matured, and there is a realisation among both companies and venture funds about the need for short-term capital.

Start-ups need capital, usually a lot of it. For this, promoters typically sell stake to venture capitalists (VCs) or angel investors. Since most face liquidity issues, they rely on venture funding - which requires selling a part of the stake - for short-term needs as well. But selling equity for working capital is not advisable. Of late, there has been a realisation among VCs and companies that short-term capital for things such as salaries, raw materials and running operations should come from either cash flows or debt.

But in India, banks and non-banking financial companies, or NBFCs, are not comfortable lending to start-ups. This is because their lending models are built around collaterals such as machinery, plant and cash flow. Most start-ups don't have these. Also, banks' lending guidelines revolve around asset classes and so they find it difficult to understand new economy businesses. But start-ups have the same needs as established businesses. That's where venture debt firms step in.

"We realised that there is a huge challenge of providing debt to businesses which are zero to four years old. They find it difficult to get short-term money and, therefore, depend on long-term equity capital. Raising equity for meeting short-term requirements is inherently wrong," says Sanjib Jha, CEO and Director at Mumbai-based IntelleGrow, a provider of venture debt that started in 2012. He says equity funding must be for long-term expenses such as buying land or plant, expansion and innovation.

Take Faasos, an online food technology company. In 2014, it had `15 crore cash in bank, but that was not sufficient to fund its plans, which included expanding presence to more cities, building a supply chain and setting up a technology platform. It had not envisaged these investments when it last raised equity capital in 2012. In April 2014, it raised `6 crore from InnoVen which was used mainly to build the technology platform, including a mobile app. "We didn't want to stop expanding at the expense of doing something else," says Revant Bhate, co-founder, Fasoos. In March this year, the company raised $16 million from venture capital funds.

Like Fasoos, many start-ups are using venture debt to get extra runway between two rounds of equity funding.

Venture debt, just like bank loans, has to be paid back in two-three years. The interest cost is 15-24 per cent, higher than the usual rates of 12-14 per cent, because of the higher risk involved in funding start-ups.

"Borrowing is not easy for start-ups due to their low asset base and weak cash flows. Venture debt is a bridge-gap arrangement," says Shefali Goradia, Partner, BMR & Associates.

Once the loan is given, borrowers start paying back - both interest and principal - on a monthly or quarterly basis based on their cash flows (just like equated monthly instalments). Some lenders give a moratorium of three to six months.

One of the biggest advantages of venture debt is that it protects ownership. In the past, start-up founders had little option but to dilute stake to raise capital. This is no longer the case. Assume that a company has to sell a 25 per cent stake for raising $5 million. If it gets access to venture debt, it has an option of raising $4 million equity and $1 million debt so that the stake dilution is only 20 per cent. If the company is valued at $1 billion two years later, the 5 per cent stake the founder has managed to retain will be worth $50 million. 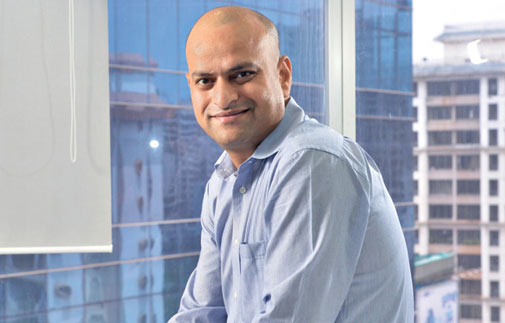 DEBT IS THE WAY

With a corpus of $50 million, it has done around 80 transactions with 55 companies, including Myntra, Freecharge, Practo, Yatra and Firstcry. Its focus areas are digital media, clean tech, financial services, technology, consumer and health care. InnoVen works with over 30 VCs, including Accel Partners, Bessemer Venture Partners, Kalaari Capital and Sequoia Capital.

Singapore's sovereign wealth fund, Temasek Holdings, also got attracted by the potential of the venture debt market and acquired SVB India for around `300 crore to expand the venture debt platform to Asia, starting with Singapore.

While equity investments have long tenures (seven to 10 years) and ticket size of over $10 million, the venture debt amount is much smaller. For example, InnoVen's average loan size is $1.5-2 million. Its direct competitor, IntelleGrow, keeps the ticket size below `10 crore. State-run Small Industries Development Bank of India (SIDBI) has a cap of Rs 2 crore per investment.

Each firm has taken a different route to tap the market. For instance, InnoVen Capital lends to companies where there is an equity investor. It co-invests or comes right after the equity round. Trifecta Capital, which is in the process of raising `500 crore from banks, insurance companies, large family offices and endowments, plans to follow the same model.

"Our debt will be about 20 per cent of the most recent round of equity funding. So, if someone has raised $5 million, we will provide $1 million," says Rahul Khanna, Managing Partner, Trifecta Capital. Trifecta is the country's first venture debt fund (others are NBFCs).

Some venture debt companies lend only to start-ups that have already been funded by VCs. The reason is that VCs are known to scan the huge universe of companies using their strict parameters before funding them. For example, last year, it is estimated that VCs funded some 250 companies after examining over 2,000 candidates. InnoVen picks a handful from this lot. Trifecta will also follow this model in the future. However, IntelleGrow's Jha says his company does not rely on other people. "There's difference between the attitude of VCs and lenders like us," he says. "Equity investors give money in hope that they will be able to exit after five years. They start working towards an exit after three-four years. When I am giving money, my tendency is to start getting it back from next month. My due diligence has to be different," he says.

IntelleGrow and SIDBI fund start-ups which are either equity- or promoter-funded. "We are sector-agnostic. We see if the company is growing fast, has strong management & internal processes and intentions to put good governance structures in place," says Jha, adding that his target market is much larger - about $10 billion - than its competitors.

SIDBI, which has a venture debt corpus of `200 crore, has gone a step ahead. It has put in place a structure where it refers [companies] to bodies like NASSCOM and iSpirit. "We don't have the technical expertise to evaluate companies. NASSCOM interviews company managements and understands businesses. We take a call based on third-party judgement and give loans without collateral," says K.I. Mani, General Manager, SIDBI. 'When we started, venture debt was unheard of. The first two-three years were difficult,' says Vinod Murali, MD, InnoVen Capital

How do these lenders make money? For NBFCs, the income has two components - interest spread and equity options. Interest spread is the difference in their borrowing and lending rates. Industry experts say this alone doesn't make venture debt attractive. As a result, the companies have come out with innovative deal structures that allow them to boost returns.

InnoVen, for instance, gets an equity kicker in the investee company. So, if a start-up has a strong exit event such as acquisition or listing, it benefits. The kicker is 10-15 per cent of the loan value. "We don't get equity, it's an option," says Murali. Recently, when InnoVen's portfolio companies - Myntra, Freecharge, Prizm Payment - were acquired, it generated decent returns.

Trifecta's Managing Partner Nilesh Kothari says unlike venture capital funds, which take a lot of risk, they are looking for average returns. "We will lend at rates we believe are comfortable for the companies," he says.

The caution exercised by venture debt firms has kept slippages around 4 per cent, significantly less than the deliquency rate in the venture capital space (40 per cent).

Except Trifecta, which will get non-convertible debentures from investee companies, other firms give term or working capital loans. "The debentures are senior and secured, which means we will get preference in the event of liquidation," says Khanna. What if the investee company goes bankrupt? "Since we are co-investing with venture capital, we expect them to provide support to their portfolio companies in difficult times," he adds.

Even with limited number of players, the competition seems to be intensifying. IntelleGrow's Jha says his balance sheet is small compared to market leader InnoVen. IntelleGrow has plans to expand its balance sheet from Rs 225 crore to over Rs 1,000 crore in three years.

"We give loans for about three years. Our desire is it to take this to four-five years as our balance sheet expands. We are the only early-stage lender which is leveraged. InnoVen has not leveraged its balance sheet and is entirely funded through equity," says Jha.

Back in 2008, four years before going public, social networking giant Facebook had borrowed $100 million venture debt for building infrastructure, primarily servers. The entire venture debt market in India is roughly twice as big. The Indian venture debt market is yet to come of age. But with more specialised institutions expected to set up shop, this area will see a lot of action in the future.

Some social networks will pay users for posts

What is leading to the death of 3G in India?