Stock market: Is the worst over?

Despite the slowdown, the market remains cautiously optimistic about a bull surge in 2009 on hopes of an economic recovery in the second half.

On December 12, around noon, the BSE Sensex was down by over 300 points, when the Index of Industrial Production data for October 2008 was released— showing a decline of 0.4 per cent from last year’s figures. But, by end of the day, it had recovered most of the losses and closed marginally higher than the previous day. The upward movement of the Sensex surprised many market players, who had anticipated a further fall. 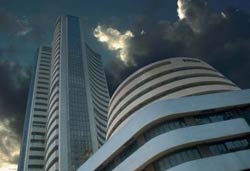 Will the markets recover?
Ask people on Dalal Street and they say they are still bullish, but the tone of the bullishness is not as confident as it was in early 2008. Will the bulls be back and push the bears into hibernation in 2009? There is a mixed view among market players over this. But the lower targets of 6,000 or 7,000, which were being talked about till November, is not being heard of as the year comes to an end.

The main reasons for the pessimism fading is that the bad news from developed economies is slowly coming down, central banks across the globe are coming to the rescue of their respective economies and the benefit of falling inputs costs like crude and commodities are beginning to play out.

Sandeep Shenoy
Moreover, inflation falling below 7 per cent to 6.84 per cent in the first week of December is the first sign of recovery. The follow-up of this would be reduction in interest rates followed by monetary and fiscal measures by Reserve Bank of India and government. There are already reports of further cuts in interest rates by RBI and more tax incentives on home loans. “The fact that the government is trying to help every industry is positive, and these efforts will yield results over the next couple of quarters,” says Hitesh Agrawal, Head of Research, Angel Broking. In addition, lower interest rates will help support the economy, he says.

One of the keys to the crisis in the global economy was the squeeze in credit availability. The impact on the Indian economy was severe as the Reserve Bank of India reacted late. India’s Chief Economic Advisor Arvind Virmani, too, feels that monetary policy should have been more aggressive to counter financial shocks. Click here to Enlarge
“My own view is that monetary policy (of the country) should have been much more proactive and aggressive than perhaps it has been.” When it did, though, there was a sharp reduction in interest rates. The impact of this should be seen in the next few quarters. “The economy should be on a growth path by March-April 2009,” says Sandeep Shenoy, Strategist at PINC Research. He says it should grow by at least 6 per cent next year.

But will it bring back foreign investors? The view is that they should be back, once the dust settles down in their home countries. But foreign broking firms, whose advice is followed by most of the foreign investors, are not so optimistic. “The Sensex could move in a wide arc in the coming 12-months, though our view is that the market is going to remain flat rather than show an upswing. Our prediction for December 2009 is 8,559,” says a Morgan Stanley strategy note. On the higher side, it expects the Sensex to touch 14,225, while on the lower side, it expects the benchmark to be around 6,355 points. However, Agrawal of Angel has a different take. “The market has discounted the downside for the 2008-09 earnings and will soon start factoring in earnings for 2009-10. Fundamentally it should bottom out at around 8,000 (for the Sensex),” says Agrawal.

A lot depends, however, on the outcome of the Lok Sabha elections, scheduled for April-May 2009. In 2004, before the elections, the market expected the National Democratic Alliance led by BJP to be back in power, but voters surprised the market and this resulted in a sharp fall in stock prices. The recovery, though, was very sharp. This time, the elections are not that big a concern in the market community, since the feeling is that reforms will not take a backseat. "Whoever forms the government, reforms will continue,” says Agarwal.