The dangers of deflation

Falling inflation is good, but not when it comes with falling investment, income and jobs. 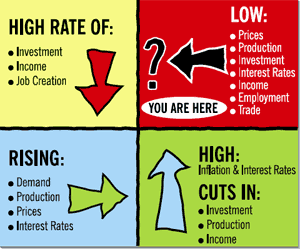 Deflation is rarer than inflation, but when it strikes, it causes destruction all around with falling demand, sluggish investments and widespread unemployment. After a fairly long, buoyant phase, deflationary winds are blowing across world economies. The Bank of Japan recently predicted two years of deflation. The possibility of the US plunging into deflation cannot be totally ruled out either. Back home, deflation possibilities are being discussed, though only a few economists like Indian Chief Statistician Pronab Sen have gone on record predicting “deflation” by March 2009.

What really is deflation? And will it happen? Falling prices, if they persist, would lead to a vicious spiral of falling profits, closing factories, fewer jobs and increasing defaults on loans. Right now, for India, a brief deflation is a statistical possibility. “Yes, deflation is likely by the middle of 2009,” says Tushar Poddar, economist at Goldman Sachs. What’s triggering this deflationary wave, though? Clearly, it’s the inflation monster that came crumbling down, crashing from a high of 13 per cent in August last year to around 5 per cent in January 2009. With RBI (Reserve Bank of India) targeting an inflation of 3 per cent by March 2009 and the government announcing further fuel price cuts, there is the possibility of inflation (WPI) reaching zero in the remaining three quarters of this year. 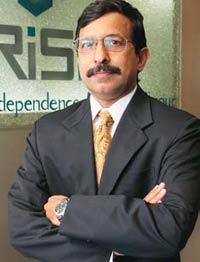 D.K. Joshi
If this happens, the repercussion will be far reaching. Unemployment may increase on the back of lower demand and cut back in spending both by individuals and the government. James McCormack, Head (Asia-Pacific Sovereign Ratings) at Fitch Ratings, says: “If consumers expect prices to decline, they typically curtail spending in anticipation of further cuts. This weakens economic activity.”

Poddar warns that the common man should be wary of this. “If prices continue to fall, then it eventually leads to producers cutting back output, which leads to lower growth and further deflation,” he says.

Others disagree. “The decline in the fuel and manufactured goods prices has triggered a deflationary scenario, but food prices are still ruling high and they are not expected to fall substantially to sustain a deflation,” says D.K. Joshi, Principal Economist at CRISIL. Agrees Sonal Varma, economist at Nomura International Plc., saying: “The consumer price index is still high and unlikely to drop sharply.” For December 2008, consumer price inflation was close to 10 per cent.

Policymakers are addressing the demand issue on a war footing with two stimulus packages already out. “There is a need to cut interest rates aggressively,” says Varma.


A sustained deflation looks to be a remote possibility. “I don’t see a deflation of the kind that the economies of US and Japan are in danger of slipping into. There might only be a temporary deflation in the domestic market,” says Joshi.

In fact, the biggest debtor in India—the Central government—has the most to worry about a deflationary situation, says McCormack. “Deflation increases real debt burdens, as the nominal value of the debt remains steady, but all other prices drop,” he says.

Just one more reason then for the government to act fast in case the situation worsens.

The biggest deals in January