Though rigid labour laws did not deter large-scale lay-offs over the last few months, the case for reforms is still strong. 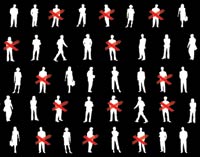 In January, as the export sector was battling diminishing orders, and manufacturers were in a quandary about declining order books, a Delhi-based garment manufacturer, when asked how he was communicating the bad news to his employees, told BT: “What communication? I just tell the contractor to send less people.” He had just taken a decision to trim the workforce by 800.

The same ease is evident across other companies that are letting their white-collar workers go. But were not India’s labour laws notoriously rigid, making it difficult to shed employees? Recently, a former Economic Advisor to the Finance Minister told BT that reforming labour laws is a red herring. “Where are the labour laws biting? Nearly 93 per cent of the workforce is outside its ambit,” he observed. So, do we need labour reforms? Why is it so necessary?

The most inflexible part of the labour laws is Chapter V(B) of the Industrial Disputes Act, which requires factories, mining companies and plantations employing more than 100 people to get prior permission from the government before firing people. This is seen as a major problem in the Indian labour law framework. “While there is always scope for revisiting these provisions to either withdraw the government approval requirement by increasing the severance package or increase the threshold in terms of the minimum number of employees; in reality, such changes may affect only a limited percentage of organisations,” says Vikram Shroff, Head (Human Resources Law), Nishith Desai Associates.

Most large organisations are not impeded by this procedure, though they are expected to inform the government when laying off a large number of people. The IT sector is even better positioned. “Many state governments have allowed IT & ITES companies to self-certify their labour law compliance in order to encourage more investments in their state,” says Shroff.

However, more than the actual compliance, it is the procedures that come with it, that bother companies. Typically, formal employment requires some 25-30 registers to be maintained on a regular basis. Add to it issues of non-uniformity across the states and complications multiply. Anil Bhardwaj, Secretary General, Federation of Indian Micro & Small and Medium Enterprises, points to some such distortions. “In Uttar Pradesh, the minimum wages in the engineering sector is at least 20 per cent higher than wages in food processing. Similarly, the engineering sector cannot hire contract labour whereas the garment industry can,” he says. Bhardwaj says that the cost and the hassles of compliance with social security norms in formal employment (provident fund dues, etc.) are so high that it deters small firms from taking on more employees.

There is hope, though. Liberalisation of the social security market with new pension players and safety nets for unorganised sector employees will probably set the stage for reforms. In its present form, the regime is inimical to the interests of the same employees, which the laws seek to protect. There are ramifications at the macro-economic level as well. A study by McKinsey a few years ago pointed out how Indian textile manufacturers often set up multiple small plants instead of a single big one to take advantage of labour laws. As a result, they have 10-20 per cent of the capacity of Chinese plants and work at much lower levels of efficiency.

So, the ease with which India Inc. has been firing employees shouldn’t be the reason to go slow on labour reforms. Instead, let it be the trigger to overhaul the maze of laws that govern employment.