Here's a look at the people, places and products doing the rounds these days.

Dev Patnaik
A recipe for innovation

His novel thought has been lapped up by companies such as Nike, Hewlett-Packard and Harley-Davidson known for their design, innovations and market leadership. Some credit for that goes to Patnaik, 38, who is in the business of encouraging companies to reinvent and change their strategy.

So, what was his business strategy in turbulent times? The last year has been tough, but, as Patnaik says, it was still a good business year for his 12-year-old firm. Companies that were truly sincere about changing their ways of doing business continued to do so, says Patnaik, who was in India to promote his book, Wired to Care. He insists: "Creativity is not a pre-requisite to the new success formulae".

Any takers for this radical recipe for innovation?

Over a year after appointing two CEOs for Wipro's IT business, the company is putting in place other pieces of its new top management structure.

A key appointment is Martha Bejar, 47, the former Corporate VP (Communications Sector), Microsoft, as Wipro's global sales chief. Bejar, who has also worked with telecom equipment maker Nortel, plans to create a streamlined sales structure and induct more domain experts to allow Wipro to get closer to the C-suite of its customers.

A graduate of the Advanced Management Program at Harvard University Business School, Bejar is a regular golfer and works with initiatives to promote math and science in early childhood development. But it's her now role at Wipro that has her really excited.

"Wipro continues to enjoy accelerated growth in this exciting and challenging market and its business is driven by people who are focussed on enhancing customer value, operational efficiencies and Green IT," she says.

After pitching for large telecom contracts at Nortel and running a multi-billion dollar business at Microsoft, it's now Bejar's turn to devise a winning sales pitch for Wipro. 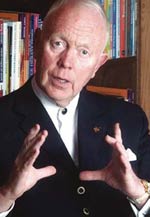 He has taught Microsoft founder Bill Gates to use his brain effectively. Little surprise then, the world listens in rapt attention when inventor of Mind Maps Tony Buzan talks.

Last fortnight, in Mumbai to conduct a seminar on development of leadership and change, he told managers: An MBA is just not enough to run a business in the times of recession. "Leaders now need degrees in business thinking and business intelligence," he says.

Mind Map technique works towards unlocking the potential of the brain and is used as an instrument for strategic planning and marketing, project planning and project management. During his visit, Buzan, 67, also set up a licensed Buzan Centre in Pune. Worldwide, more than 250 million people use his invention.

When he is not mapping minds, the prolific author writes poetry; he has written 4,000 poems till date. Next on cards is a new book, Memory Championships, a whole new version of mind mapping for the computer and coaching the Olympic athletes for 2012. Overwhelming workload? Trust the brain guru to come up with the perfect solution. 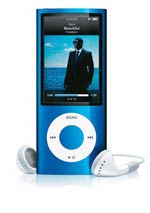 Tata Motors found inspiration in the name, but the iPod nano gets quite a 'deluxe' makeover, featuring an FM tuner and (for the first time), a video camera. It is not the best camera in the world, but with the nano's increased storage and larger screen size, it should make for a few interesting recordings on YouTube. However, the entire iPod range continues to be priced at a significant mark-up in India compared to the rest of the world. Available shortly for Rs 9,400 (8 GB)& Rs 11,200 (16 GB).

The Champions Trophy cricket tournament is underway in South Africa. And if you are planning a trip to Durban or Johannesburg, be sure to stop over at Pietermaritzburg, just 80 km from Durban. This small town set amidst forested hills and rolling countryside of the Natal-Midlands is one of the world's best-preserved Victorian cities. It is famous for an incident early in the life of Mahatma Gandhi. In May 1893, a young Gandhi was thrown off the train here for refusing to vacate his first-class seat. Both the train station and the house from where Gandhi then began his movement against racial discrimination are museums today. Less than 15 km from the town is the Albert Falls sanctuary, where one can see the rhino, giraffe, kudu and waterbuck against the backdrop of the Albert Falls Dam.

Be a master motivator