Class 12 CBSE result has been declared online. However, students might face difficulty in logging in on the website due to the heavy traffic. 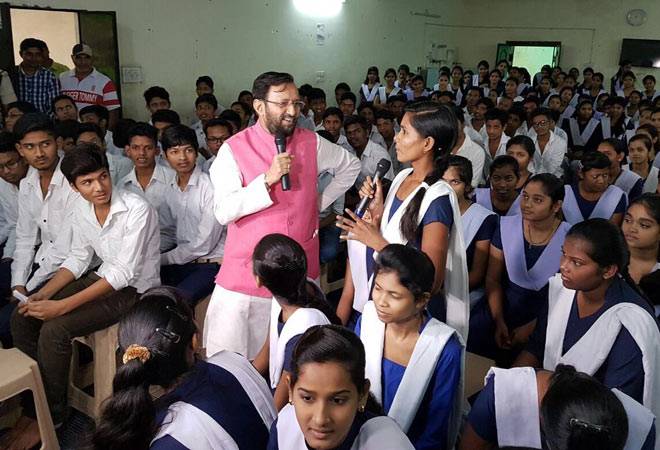 Class 12 CBSE result has been declared online. However, students might face difficulty in logging in on the website due to the heavy traffic.
However, one can still access the results from these websites: National Informatics Centre (NIC), Department of Information Technology, Ministry of Communications and Information Technology of the Government of India.

According to reports, the Central Board of Secondary Education (CBSE) will follow Delhi High Court order on moderation policy. "Results will be declared on Sunday. We will follow the moderation policy as enshrined in rule number 59 of examination bylaws of CBSE," CBSE chairman RK Chaturvedi told the Hindustan Times.

On Tuesday, Delhi High Court had directed the not to scrap the marks moderation policy for this year.

The results were supposed to get declared on Wednesday but got delayed after the high court's order as the board had already calculated the marks of the students under a new system and going back to the marks moderation policy would mean reassessment of the papers.

However, on Wednesday, a high-level meeting was held by Union HRD Minister Prakash Javadekar which was attended by CBSE board officials.

This comes after the HRD ministry directed the CBSE to release the results on time. "CBSE result will be declared on time, the date will be told by CBSE. No need to worry about court's order, justice will be done for all," HRD Minister Prakash Javdekar said. According to reports, board officials said that they are making all efforts to release the results by the weekend.

Under the marks moderation policy, a teacher can artificially increase marks or grades of the students in the board exams making it difficult to identify between the good and average performers.

ALSO READ: CBSE results delayed: What is marks moderation policy? Could there be further delay?

The court on Tuesday asked the Central Board of Secondary Education (CBSE) to continue with the earlier policy which was in place when the examination forms were submitted last year. The court stated that the "Rules cannot be changed after the game has begun". The high court also had termed the CBSE's decision to scrap its 'moderation policy' as "unfair and irresponsible".

This year, over 27 Lakh candidates appeared for both class 10 and class 12 board examination 2017 at various test centres across the country.

CBSE board class 12th results unlikely to be declared today