"Our educational institutions are still not the hotbeds of innovation... We need to move away from being graduate-producing factories to being creators of innovative knowledge." GV Prasad, Chairman and CEO of Dr Reddy's Laboratories, said at an event in Pilani. 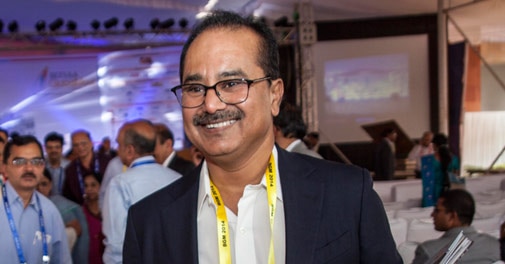 "Our educational institutions are still not the hotbeds of innovation... We need to move away from being graduate-producing factories to being creators of innovative knowledge." GV Prasad, Chairman and CEO of Dr Reddy's Laboratories, stressed this point while speaking at an event organised by the Birla Institute of Technology and Science (BITS), Pilani.

The event, called BITSAA Global Meet, and part of BITS's golden jubilee celebrations, was held at one of its campuses on the outskirts of Hyderabad. It was held on January 3 in association with BITSAA (BITS Pilani Alumni Association).

Delivering the keynote address, which focused on innovation, Prasad said, "If we want to realise our potential for innovation, we need to create an ecosystem for it and the most important part of this ecosystem are the academic institutions (out of which come ideas)."

He added: "Creating wealth has been a bad word in India." Over the last 10 to 15 years, Prasad noted, wealth creation had happened "largely through crony capitalism and not through innovation-driven capitalism. This has to change and will change."

In the last two decades, he said, "The biggest wealth creators have been people with ideas and knowledge. We are firmly in the knowledge era."  Citing the examples of Google, Facebook and Amazon, he said, "If you see the market cap of these three companies it is close to two-thirds of the total Indian market cap on the Bombay Stock Exchange and these companies are largely driven through intangible value creation". He noted that "these guys don't produce anything...they are largely websites with some backend operations... Amazon has fulfillment centres...."

What enabled this? "It was through an ecosystem for innovation," he said. "Top notch academic institutions like Harvard, Stanford and MIT are the places where ideas germinated, got access to risk capital and to top it all, talent from all over the world converged into these hotbeds of innovation - Silicon Valley in the west and the Boston region on the east coast."

"We need to look at these and learn from these hubs of innovation," said Prasad. "These were around academic institutions, leveraging the power of ideas and creating enormous value and wealth... This is what we should be doing at our universities. Ours are still way behind in creating new knowledge. They have become training institutes churning out engineering graduates who are barely able to do their job... in the process becoming mass production centres for engineers." He felt there was no reason why institutions like BITS could not become India's equivalents of Stanford and MIT.

Obama thanks Lakshmi Mittal for investing in America