The best chief financial officers of the country were honoured at at the fifth Business Today-YES Bank Best CFO Awards 2014 event, held on Thursday. 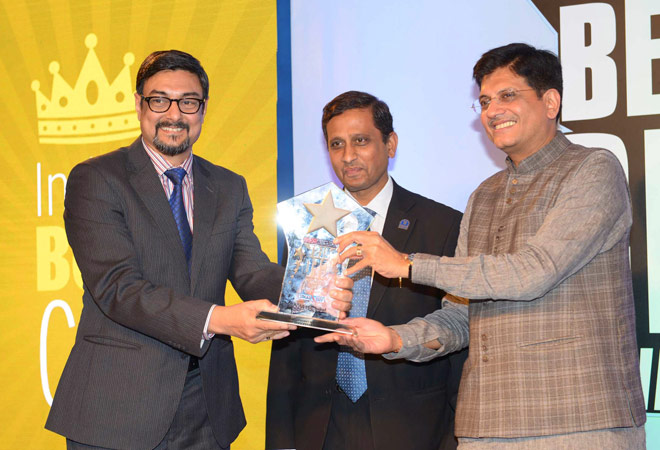 India Today Group Editor-in-Chief Aroon Purie referred to CFOs as financial wizards in his address. "The CFOs are the people who have managed their money well, and have led their CEOs in a path that's less risky and less cumbersome," Purie said, adding how the Business Confidence Index is looking up in the Narendra Modi-led government.

Goyal, a qualified chartered accountant and the Chief Guest at the Best CFO Awards, congratulated the winners as well as the nominees for their exemplary work, and the India Today Group for paying respect to the community that stays behind the scene. "I feel this is where I belong... I'm sure the selection must have been rigorous. Now, It's not just about the ownership of a company, but it's also about decisive leadership. And, CFOs reflect leadership in their companies." 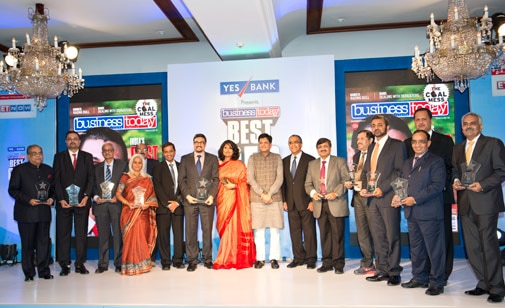 All the winners of the best CFO awards at the stage for a group photograph.
In its seventh edition (and fifth in partnership with YES Bank), the Business Today Best CFO Awards recognised those who have, perhaps, the most difficult job in corporate India - heading the finance department - at a time when the economy is yet to boom.

The awards were then given away to the winning CFOs with special videos from the jury on why they made it in their respective categories. While there were 10 categories of winners, the prize for the best overall CFO went to Saumen Chakraborty, President and CFO, Dr Reddy's Laboratories. There was also a category for the best woman CFO, which was bagged by NIIT Technology's Pratibha K. Advani. 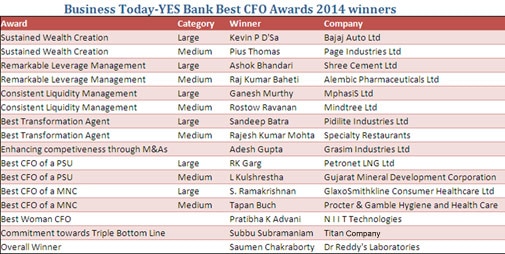 Chakraborty noted how corporate governance is imperative now. "A CFO's life is getting difficult and complex, as he/she has to face challenges continuously and keep adding value to the company, while protecting it as well," Chakraborty said after winning the Best CFO Award.

Goyal also said during his speech that one should look at serving the government as a career option, and that renewable energy has a lot of potential to strengthen the country's energy security. The Minister also said domestic manufacturing is ready to flourish and solar mission will take rapid strides.

YES Bank was the presenting sponsor of the event, and Ipsos was the survey partner. Business Today's upcoming issue profiles the success stories of the winners.

* An earlier version of the story had the company name as Titan Industries in place of Titan Company. Changes have been made.