Come September and the Indian Institute of Ahmedabad, (IIMA) gets a new director - in-charge, Errol D'Souza. His appointment has been welcomed by many. 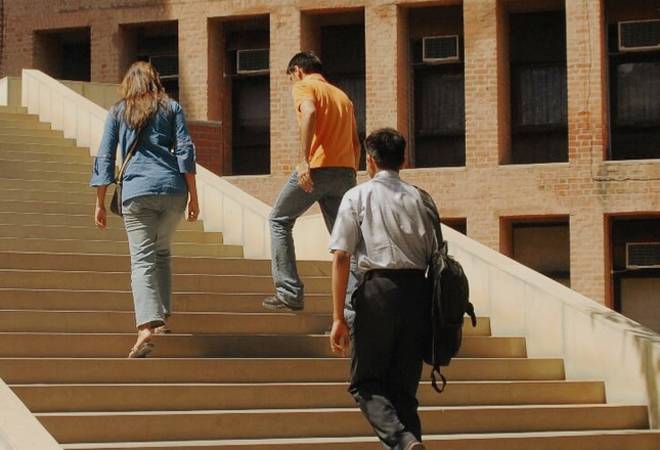 Come September and the Indian Institute of Ahmedabad, (IIMA) gets a new director - in-charge, Errol D'Souza. His appointment has been welcomed by many. Some infact see this as on important effort to help the school strengthen its niche in having programmes that push for management applications beyond business, which was one of the core goals of its founding team of Vikram Sarabhai, Ravi Matthai and Kamala Chowdhary since it was set up, at the end of the day, as an Indian Institute of Management.

This is even as the IIMA clarifies that Prof. Errol D'Souza has been appointed as Director-in-Charge for a duration of six months or till the appointment of the regular Director, whichever is earlier.

A note share by the school announcing the appointment, giving details about the new director, who is the professor of economics, and the dean of faculty, at the IIMA, says he "studied Economics and Statistics at the University of Mumbai where he was awarded the Kashinath Trimbak Telang gold medal for obtaining the first rank in in his M.A. (Economics) degree. He obtained his Ph.D. as a University Grants Commission National Research Fellow from the Jawaharlal Nehru University, New Delhi."

It also says, "He has held appointments such as the IFCI Chair Professor at the University of Mumbai, India Chair Professor at the University Sciences Po in Paris, as a Visiting Professor of the Indian Institute of Advanced Study, Shimla, as an Honorary Senior Fellow of the Institute of South Asian Studies at the National University of Singapore, a Visiting Scholar at Columbia University, and as a Visiting Professor at the Turin School of Development of the ILO." And there is more:  "He has worked on academic committees of the University Grants Commission and the Indian Council of Social Science Research, and has been associated with the Planning Commission of India and the Reserve Bank of India in various capacities, including as a Member, Technical Advisory Committee on Monetary Policy." And, that is not all and the list goes on for the professor, who "is engaged in research in the areas of macroeconomics, development finance and public policy."

Some seek to know if there is now a reason to believe that the school will now also consider a campus in Delhi. Views are divided on this. Though who believe a status quo is better , argue that it is better many go from Delhi to Ahmedabad rather than have the institute set up campus in a city, already flooded with institutions.

Want to boost your income beyond the monthly salary? Here's an option