What next for Jet Airways after CEO Gary Toomey resigns?

Toomey's appointment at the airline was largely seen as driven by its new partner, Abu Dhabi-based Etihad Airways. Jet is currently going through a turbulent phase, with its Rs 2,058 crore deal with Etihad constantly facing challenges from the regulators. 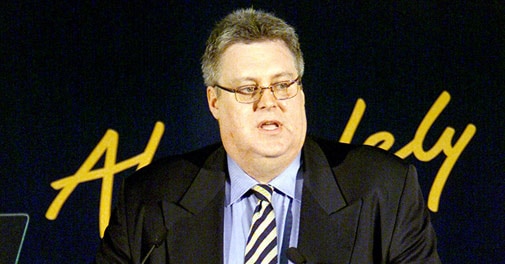 Barely six months after Jet Airways announced his appointment as the CEO, Gary K Toomey has called it quits.

Chief Financial Officer Ravishankar Gopalakrishnan will now be the 'acting CEO' till such time as the board is able to get a new person for the job.

The country's second-largest airline informed the stock exchanges of the change in its top management on Thursday.

Jet Airways did not give any reason for Toomey's exit, but sources said it was largely due to personal reasons - his family still resides in his native Australia.

In a statement, Toomey said: "I have enjoyed my time at Jet Airways working with the chairman, the management team and the wonderful staff. I am confident that the company will be successful in the future."

His appointment at the airline was largely seen as driven by its new partner, Abu Dhabi-based Etihad Airways.

Reacting to Toomey's departure, Jet Airways Chairman Naresh Goyal said: "I would like to thank Gary Toomey for his invaluable contribution over the last six months, during a period of great change for Jet Airways. The minority equity investment by Etihad Airways is a springboard for the growth of this airline, domestically and internationally."

Kardassis was instrumental in cutting a deal with Etihad after the government allowed foreign airlines to pick up stake in Indian carriers in 2012.

Jet Airways is currently going through a turbulent phase, and its Rs 2,058 crore deal with Etihad for a 24 per cent stake is constantly facing challenges from the regulatory authorities.

The Goyal-led airline announced its worst-ever (quarterly) loss of Rs 998 crore (consolidated) for Q2 FY14, and sources indicate that Toomey "must have fallen out of favour with the promoters".

An illustrious airline executive, Toomey was named among the Top 25 Chief Financial Officers by the Global Finance magazine in 1996, while he was with the Australia's Qantas Airways. He has worked with Air New Zealand Group, Fiji Airways (earlier called Air Pacific), Star Alliance and also ANZ bank.