Morgan Stanley CFO Ruth Porat's appointment signals Google's aim to rein in costs as it invests in new businesses such as self-driving cars and Internet-connected eyeglasses. 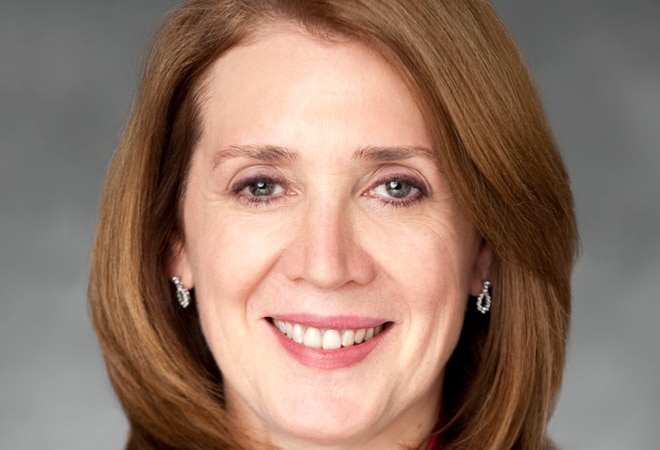 Google hired Morgan Stanley CFO Ruth Porat as its finance chief earlier this week and said it would pay her more than US $70 million in the next two years through a combination of restricted stock units and a biennial grant.

The appointment signals Google's aim to rein in costs as it invests in new businesses such as self-driving cars and Internet-connected eyeglasses.

Porat's compensation package includes a grant of US $25 million through restricted stock units, a $40 million biennial grant in 2016 and a special one-time US $5 million sign-on bonus, Google said in a regulatory filing on Thursday. (1.usa.gov/1byDpVm)

Porat, who will join the Mountain View, California-based internet company on May 26, will also get an annual base salary of US $650,000. She earned a base salary of US $1 million at Morgan Stanley for 2013, according to the bank's proxy filing. Porat's pay for 2014 will be disclosed once the bank files its latest proxy.

The outgoing Morgan Stanley CFO is the latest among a string of Wall Street executives to leave an industry that is increasingly regulated to move into the more free-wheeling technology sector, where fortunes can be built fast but businesses can also become irrelevant overnight.

Google paid its outgoing CFO Patrick Pichette, who announced his retirement earlier in March, US $62.2 million for the three years through 2013, more than twice the US $29.6-illion Porat earned at Morgan Stanley, according to regulatory filings.

The Internet giant said it would stop annual cash bonuses for senior vice presidents from next year and shift to a system that includes annual base salary and biennial equity grants.

Shares of Google closed at US 3.64 on Thursday on the Nasdaq.

Apple CEO Tim Cook to give away all his money: Fortune

Google to hire 50,000 employees in India