Satya Nadella, Indra Nooyi among three Indians who made it to 100 highest-paid CEOs' list

The study by Equilar said the overall list was topped by Mark V Hurd and Safra A. Catz of Oracle Corp with both boasting a total compensation of $53.2 million, while Warren Buffett came in as lowest-paid CEO. 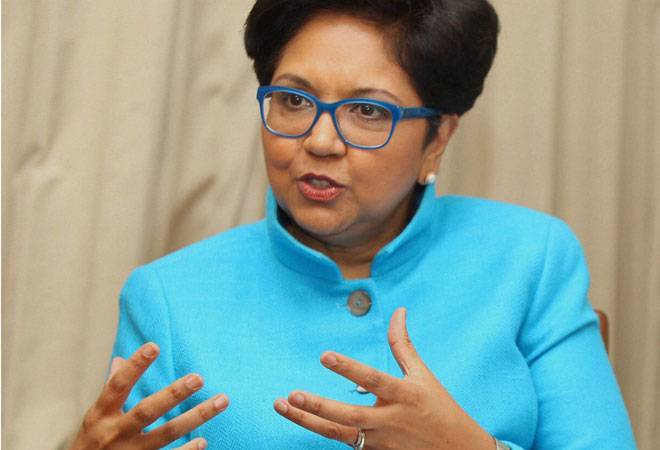 As many as three Indian-origin persons have been named among 100 highest-paid chief executive officers (CEOs) globally with PepsiCo's Indra Nooyi and Lyondell-Basell's Bhavesh Patel making it to the top ten list compiled by Equilar.

Satya Nadella, the CEO of Microsoft, was ranked 26th on the list of 100 highest-paid CEOs with a total compensation of $18.3 million. Equilar is a California-based company that provides information about total executive compensation packages of top officers at publicly traded companies and nonprofit organisations.

The overall list was topped by Mark V. Hurd and Safra A. Catz of Oracle Corp with both boasting a total compensation of $53.2 million.

This list is a snapshot of companies that file annual proxy statements before April 1 and aims to provide an early look at CEO pay trends for 2015. The report further noted that the median pay for Equilar 100 CEOs was $14.5 million in fiscal year 2015, up three per cent from the previous year.

"Interestingly, eight CEOs on the list are female and they far outpace the median pay for the Equilar 100 as a whole. Median compensation for these eight women was $20.0 million in 2015 while average pay was $22.7 million," Equilar said. Catz tied with her colleague Hurd as the highest-paid individual CEO in the Equilar 100, was the highest paid female with $53.2 million.

Apple is the largest company by revenue on the list totalling $233.7 billion in 2015 followed by Berkshire Hathaway with $210.8 billion. Notably, Tim Cook of Apple was paid below the median ($10.3 million) and Warren Buffett of Berkshire Hathaway was by far the lowestpaid CEO in the Equilar 100 earning $470,244 in total compensation last year.