Effective April 1, the move will see current chief Krishnakumar Natarajan moving on to the role of Executive Chairman with co-founder Subroto Bagchi stepping down from the position. 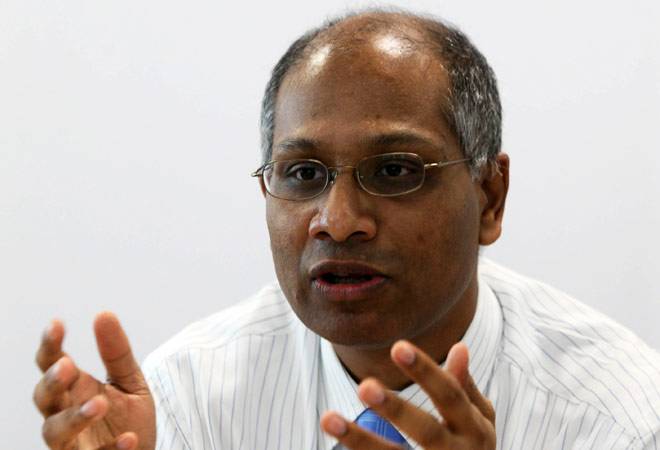 Rostow Ravanan, who will take over as Mindtree's CEO and Managing Director from April 1. (Photo: Reuters)

Mid-sized IT firm Mindtree on Monday announced a top-management reshuffle, naming Rostow Ravanan as its CEO and Managing Director.

Effective April 1, the move will see current chief Krishnakumar Natarajan moving on to the role of Executive Chairman with co-founder Subroto Bagchi stepping down from the position.

Bagchi will continue on the Board as a non-executive director.

"This is the culmination of a year-long succession planning exercise that the Board had undertaken after carefully considering several candidates," Natarajan said in a conference call.

He added that both internal and external candidates were considered for the positions.

"We believe that Mindtree with a stellar management team is fully ready for the opportunities and the challenges ahead," he said.

IT services firms are looking at leveraging the latest technologies including digital and automation to help clients and these restructuring moves are part of the effort to stay ahead of competitors.

Ravanan, 44, has been serving as the Head for Europe, Service Lines and Key Accounts since April 2014. He was previously the Chief Financial Officer of Mindtree.

"I am very honoured and humbled at being named to lead one of the most valuable and respected IT services companies. It will be my endeavor to build further on this legacy and take the organisation to greater heights on the strength of a stellar leadership team," Rostow said.

Natarajan said Mindtree is on a strong footing today to explore newer opportunities.

"I would be focusing my energies towards making Mindtree a significant global player by the year 2020," he said.

Easily distracted at work? Maybe you're too clever