Multi-Commodity Exchange of India (MCX) said one of its investors, state-run Bank of Baroda, has sold its entire stake in the troubled bourse. 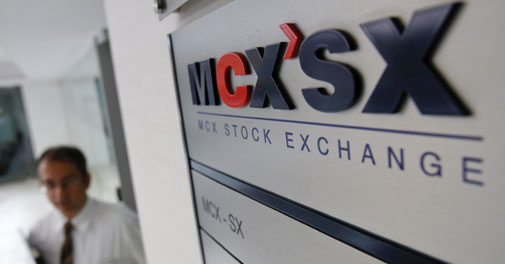 Multi-Commodity Exchange of India (MCX) on Thursday said one of its investors, state-run Bank of Baroda, has sold its entire stake in the troubled bourse.

State Bank of India, Corporation Bank and Bank of Baroda - all PSU lenders - had together bought 9.69 per cent in MCX in 2004 at a total investment of Rs 3.94 crore, according to the offer share sale document of the exchange.

In April, Corporation Bank reportedly offloaded stake worth Rs 19.91 crore in the exchange and brought down its stake to 1.32 per cent from 2.10 per cent.

After a board meeting on Thursday, MCX said following the divestment of its entire stake, Bank of Baroda has also withdrawn its nominee Rajiv Abhyankar from the board.

However, the exchange did not disclose how much stake the public sector bank held in it.

The board also accepted the resignation of Pravir Vohra, an Independent Director.

Meanwhile, MCX said it has appointed Shah Gupta & Co as new statutory auditor of the company on recommendation of its Audit Committee.

Following the vacancy caused due to the resignation of Deloitte Haskins & Sells as the statutory auditor, the board has approved appointment of Shah Gupta & Co as auditor of the company, the exchange said.

The appointment is subject to approval of shareholders at the company's ensuing general meeting, it added.

After the crisis at NSEL, commodity markets regulator FMC had declared MCX's erstwhile promoter FTIL as unfit to run any exchange.

Gold prices down 0.25% in futures trade