China set to surpass India as world's No.1 gold consumer

World Gold Council cut its outlook for Indian demand in 2013 to around 900 tonnes from the 1,000 tonnes predicted previously while keeping its forecast for China unchanged at 1,000 tonnes. 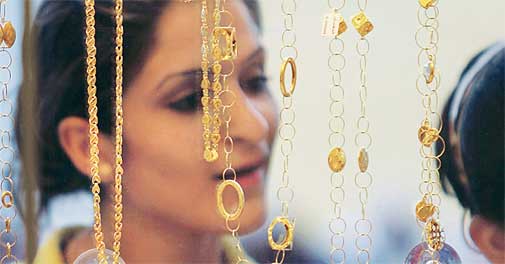 China is this year set to usurp India as the world's biggest gold consumer by a convincing margin as strict import rules introduced by New Delhi bite, forecasts from the World Gold Council showed on Thursday.

The industry body cut its outlook for Indian demand in 2013 to around 900 tonnes from the 1,000 tonnes predicted previously while keeping its forecast for China unchanged at 1,000 tonnes.

Plummeting demand from India could further pressure global prices that have dropped around 24 per cent this year on fears the US Federal Reserve would cut its economic stimulus.

"The administrative measures that the Indian government has imposed on the market have proven to be quite effective and imports have slowed down,'' Albert Cheng, WGC's managing director for the Far East told Reuters.

"It would be difficult to get to 1000 tonnes," he said adding that demand would not go far beyond the 864 tonnes recorded last year.

If not for administrative measures, India would have seen growth like China.

According to the WGC's third-quarter report, demand from India so far this year has reached 714.7 tonnes lower than mainland China's 779.6 tonnes.

Chinese demand in the first three quarters of the year is already above all of 2012.

India, grappling with a high trade deficit and a weak rupee imposed a series of measures this year to crimp demand for the precious metal - the second most expensive item on its import bill after oil.

It introduced a record 10-per cent duty on gold imports and tied the volume of imports to exports making it more difficult and expensive for gold to be sold to domestic markets.

Imports fell to 24 tonnes in October from a record 162 tonnes in May.

But the WGC warned that gold was finding its way into India through unofficial channels.

It did not give an estimate on supply through smuggling.

Gold entering the country unofficially through India's porous borders helped to meet pent-up local demand together with an influx of recycled gold that was drawn out by higher prices and promotions offered by retailers''" the WGC said in its quarterly report.

"It is likely that unofficial gold will continue to find its way into the country to satisfy demand.

Gold forms a key part of a bride's dowry in India and is considered auspicious as a gift or offering at religious festivals.

Local premiums hit a record $130 an ounce earlier this month as supplies were scarce in the build up to the peak gold buying season of Dhanteras and Diwali. However, demand failed to match last year's appetite and premiums have since eased.

"This quarter there wasn't runaway demand as we had estimated," said Somasundaram PR, WGC's managing director for India commenting on the fourth-quarter appetite.

"It is going to be lower than last year."

Global appetite for gold fell 21 per cent in the third quarter due to outflows from physical bullion funds and the drop in buying from India, according to the WGC.

But mainland Chinese demand remained strong even during the seasonally slow third quarter gaining 18 per cent while Indian demand dropped 32 per cent.

Demand from China rose nearly 40 per cent this year as the appetite for jewellery bars and coins increased sharply due to the sharp drop in gold prices.

Chinese demand has to an extent been able to stem the drop in global gold prices consuming a big part of flows that were lost due to the strict rules in India and the outflows from exchange-traded funds.

"The flow of gold from the west to east is continuing,''said WGC's Cheng.

Western investors do not see the opportunity in gold but Asians are picking it up more so in China than India.

Fourth-quarter demand will also remain strong as buying picks up ahead of the Chinese New Year at the end of January'' he said.