Any increase in gold imports impacts the current account deficit. 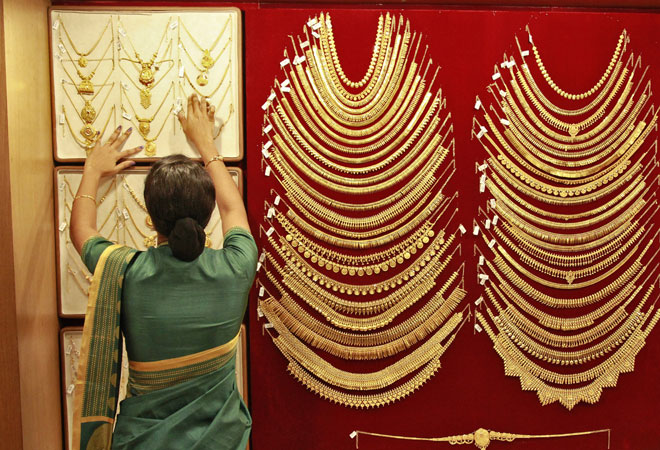 India is the largest importer of gold, which mainly caters to the demand of the jewellery industry. (Photo: Reuters)

Gold imports surged by 78.33 per cent year-on-year to $3.13 billion in April on declining prices and easing of restrictions by the Reserve Bank of India (RBI).

India is the largest importer of gold, which mainly caters to the demand of the jewellery industry.

RBI and the government have maintained that the CAD level is comfortable, but the spike in gold imports may spark fresh worries.

Increasing gold imports is one of the reasons for the widening trade deficit in April, which stood at $11 billion as against $10 billion in April 2014.

On November 28 last year, the RBI had scrapped the controversial 80:20 scheme.

Under the programme, which was put in place in August 2013 to put a tight leash on gold inflows, at least 20 per cent of imported gold had to be exported before bringing in new lots.