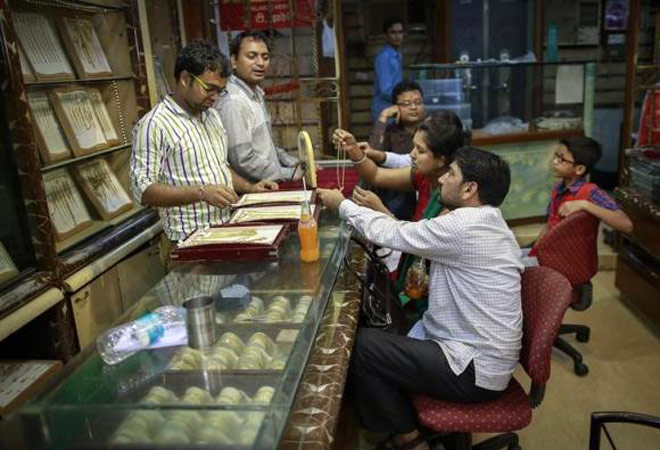 Silver also eased by Rs 100 to Rs 39,400 per kg on lack of buying support from industrial units. (Photo: Reuters)

Gold prices retreated from over three-month highs by falling Rs 180 to Rs 27,710 per ten grams at the bullion market on Friday on slackened demand from jewellers and retailers at prevailing levels amid a weak global trend.

In addition, appreciating rupee against the dollar that made imports cheaper, weighed on the prices.

Silver also eased by Rs 100 to Rs 39,400 per kg on lack of buying support from industrial units.

Gold in Singapore, which normally sets price trend on the domestic front, fell by 0.2 per cent to $1,218.95 an ounce.

Sovereign, however, held steady at Rs 23,900 per piece of eight gram in limited deals.

60 tonnes of gold has been imported so far in May

Investor interest likely to go up in agribusiness