Gold price surges to over three-month high of Rs 27,475 on sustained buying 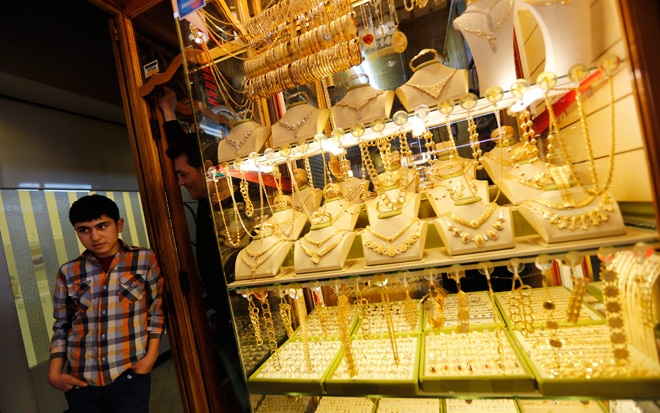 Extending its winning run for the third straight day, gold prices were up by another Rs 55 to trade at over three-month high of Rs 27,475 per ten grams at the bullion market Thursday on sustained buying by jewellers to meet wedding season demand amid firming trend overseas.

Besides, deprecating rupee against the dollar that made the imports costlier and shifting of funds from weakening equity also supported the uptrend, they added.

Sovereign, however, held steady at Rs 23,700 per piece of eight gm in limited deals.

On the other hand, silver ready met with resistance at existing higher levels and declined by Rs 200 to Rs 37,400 per kg, while weekly-based delivery moved up by Rs 170 Rs 37,460 per kg on speculators' buying.