Gold prices could go up immediately following the rate hike announcement due to the recent sharp declines, but they will eventually drift lower to $1,000, expert said. 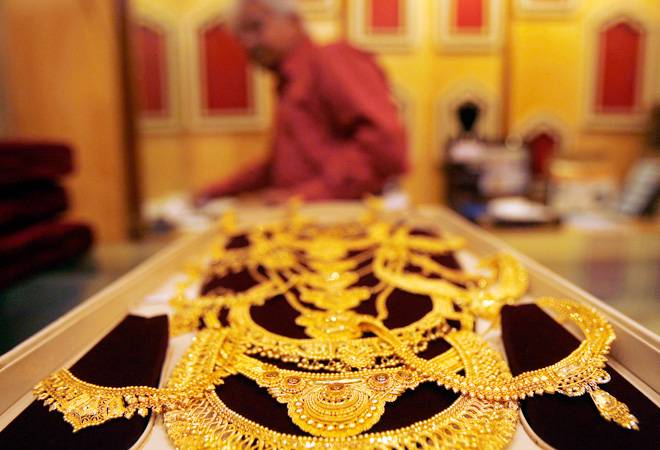 Gold ticked up on Monday, but was under pressure from a Federal Reserve policy meeting this week when the US central bank is expected to raise interest rates for the first time in nearly a decade.

In its last policy meeting of the year on December 15-16, the Fed is seen raising rates by a quarter of a per centage point.

Investors fear higher rates could dent demand for non-interest-paying bullion, while boosting the dollar. Gold has already slid 9 per cent for the year, its third straight annual decline, in anticipation of a rate hike.

"With the Fed decision only two days away, price fluctuations will be limited as a rate hike is already priced in," said Mark To, head of research at Hong Kong's Wing Fung Financial Group.

Gold prices could go up immediately following the rate hike announcement due to the recent sharp declines, but they will eventually drift lower to $1,000, he said.

"For speculators, the best course of action now is to liquidate part of their gold holdings, whether in exchange traded funds (ETFs) or futures," To said.

Assets in the top gold ETF, SPDR Gold Trust, are already at their lowest since September 2008 on investor outflows.

Speculators' short positions in gold are near record highs. Hedge funds and money managers' reduced their bearish stance in COMEX gold in the week to December 8 as prices rallied modestly, US Commodity Futures Trading Commission data showed on Friday, but were still not too far from the prior week's record high.

BofA Merrill Lynch said on Friday it expected the gold price to slide to $950 early in 2016 due to the upcoming US rate hike, joining a chorus of other brokerages including Goldman Sachs that have predicted a drop to or below $1,000.

In the wider markets, the dollar edged higher against a basket of major currencies, limiting gold's uptick. A drop in oil prices to seven-year lows also capped the move higher.

Brent drops for 7th session, trades below $38 per barrel