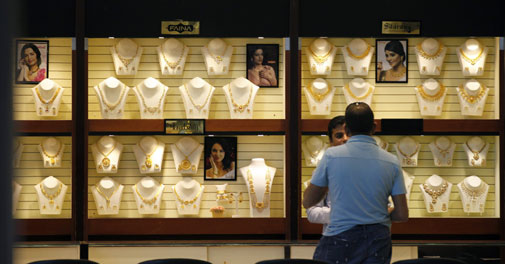 Gold prices fell for the fifth straight day in the national capital on Friday on heavy selling by stockists in line with weak global trend.

The prices of yellow metal declined despite the ongoing token buying for the auspicious festival of Dhanteras.

Sentiment mainly remained bearish on stockists selling driven by a weak global trend as gold suffered biggest loss in almost three weeks and silver the largest slump in more than a month.

However, some token buying for Dhanteras, which is considered to be an auspicious day in Hindu mythology for making fresh purchases, restricted the losses.

Gold sales down by 50 pc on Dhanteras day