Crisis-hit bourse NSEL defaulted for the ninth straight time as it could pay only Rs 28.34 crore to investors against a scheduled amount of Rs 174.72 crore. 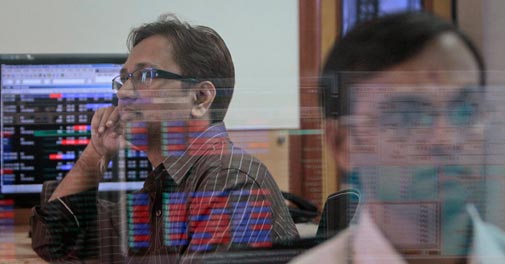 Crisis-hit bourse NSEL defaulted for the ninth straight time on Tuesday as it could pay only Rs 28.34 crore to investors against a scheduled amount of Rs 174.72 crore.

National Spot Exchange Ltd (NSEL), which is engulfed in a Rs 5,600-crore payment crisis, had previously defaulted eight times. On its seventh pay-out date, the bourse was unable to make any payment as its accounts were frozen by economic offences wing (EoW) of the Mumbai police.

"The total amount being disbursed today in a proportionate manner is Rs 28.34 crore," an NSEL spokesperson said.

According NSEL data, Topworth Steel made a payment of Rs 15 crore to the exchange.

NSEL had availed a bridge loan of Rs 177.23 crore from its promoter Financial Technologies (FTIL) to make payments on priority basis to small investors.

NSEL, promoted by Jignesh Shah-led FTIL, is facing the problem of settling Rs 5,600 crore dues to 148 members after it suspended trade on July 31 on the government direction.

The bourse plans to settle the entire dues in 30 weeks time.

Gold surges most in over two weeks on seasonal demand