High-end vehicles, posh villas and flats, expensive plots, shares in beach-side hotels and vast tracts of agricultural land are some of the purchases made by the accused of the multi-crore payment scam in National Spot Exchange Limited (NSEL) through money laundering. 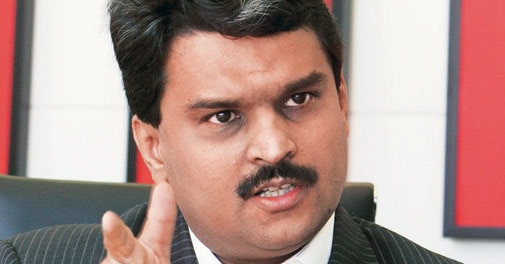 Jignesh Shah, chairman and MD of FTIL, which promotes NSEL

High-end vehicles, posh villas and flats, expensive plots, shares in beach-side hotels and vast tracts of agricultural land are some of the purchases made by the accused of the multi-crore payment scam in National Spot Exchange Limited (NSEL) through money laundering.

The trail of money that went into the alleged illegal purchase of these assets from genuine NSEL funds has been investigated by the Enforcement Directorate (ED) which has been probing the Rs 5,600-crore payment crisis in the bourse that got public last year after investors claimed they were cheated.

An investigation report of the agency submitted in the court has identified the modus operandi deployed by a firm -- Mohan India Pvt Ltd -- and its subsidiary units in "laundering" the funds of the stock exchange.

"Generally, layering is the process through which the laundered money is channelised for its ultimate integration into the system.

"In this case, it is evident from the evidence gathered so far that the defendants (Mohan India and others) have attempted to layer the proceeds of crime generated through their criminal activities in various manner like purchase of high-end vehicles like Range Rovers, luxurious villa for their use which have no relation with their legitimate business activities," the ED report accessed by PTI reads.

The ED, a few months ago, had attached assets worth Rs 125 crore in the name of the firm and its other business associates under the provisions of the Prevention of Money Laundering Act (PMLA).

The central probe agency has identified these assets to be the "proceeds of crime".

Mohan India Pvt India is one of the large defaulters of the scam with initial liability of Rs 922 crore and according to latest data it owes Rs 600.08 crore, of which it has paid Rs 52.85 crore to the exchange.

The ED probe found that while Mohan India group of companies had "received funds in their settlement accounts from NSEL purportedly on account of sale of sugar..., they were eventually transferred to various individuals and entities and payments were made to car dealers, developers, construction firms etc by way of transfers, NEFT/RTGS payments/pay orders." .

The agency, in a voluminous report, has furnished the documentary proof of the movement of all this money sourced from NSEL to the end purchase of real estate or cars by tracking bank transactions spread across various parts of the country.

"Investigations under the PMLA have revealed that the defendants (Mohan India Pvt Ltd and others) were dealing in sale and re-purchase of sugar without having any physical stock of sugar. They had received funds from NSEL on account of sale of sugar which they have not delivered to NSEL at all.

There was no question of NSEL allowing them to invest these funds in real estate," the probe report said.

The agency has also recorded a number of statements of the officials of the NSEL and Mohan India Pvt Ltd under PMLA before preparing and submitting the first investigation report in this case to the court.

The ED said it attached luxury vehicles like a Toyota Fortuner, three Range Rovers, flats in Gomti Enclave in Lucknow, eight plots of land in Karnal in Haryana, a posh flat in Mumbai's Borivali, plots in costly addresses like Mehrauli, Hauz Khas, Jor Bagh and Sainik Farms in Delhi and other such assets as "there was a likelihood of immediate sale or disposal of such high-end vehicles and luxurious properties (by the firm in question) and the non-attachment of the same would have frustrated the proceedings under the Act (PMLA)."

"It was revealed that funds obtained from NSEL were diverted for the purposes other than the purpose for which they were obtained raising the suspicion that the said amounts were laundered by MS Mohan India group," the ED said in its report.

The agency has also relied on a report of the I-T department against the firm that said that the "godowns which were declared to NSEL (by the firm) as designated warehouse had no capacity to store the quantity of sugar traded by them (Mohan India and others) on the NSEL platform."

The ED has said that its probe in this case is "still in infancy at this stage" and further investigation is on.

The Rs 5,600-crore payment crisis at NSEL and the alleged scam is being probed by different agencies like the Mumbai Economic Offences Wing and the Income Tax department.

Gold prices up 0.22 pc in futures trade on global cues