Oil down 4 percent as US glut overshadows producer talks

A slide in the US equity markets, which have for weeks been trading in tandem with oil, also weighed on crude, traders said.
Brent crude settled $1.27, or 3.7 percent, lower at $33.01 a barrel. 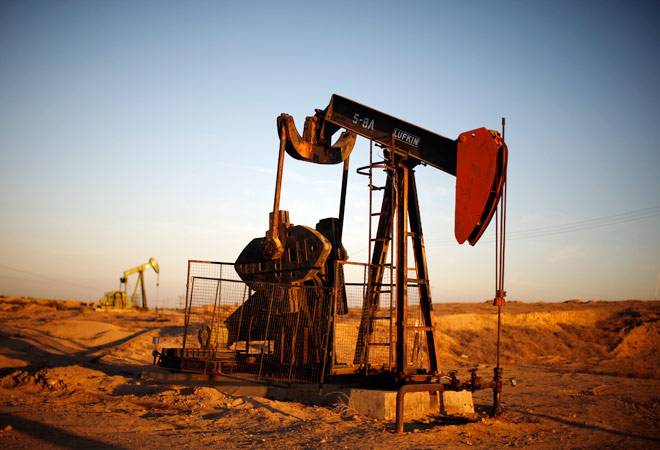 Oil prices fell 4 percent on Friday, with Brent down a third straight week, as record high US crude stockpiles intensified worries that a plan to freeze world output will do little or nothing to reduce massive oil supplies already in the market.

A slide in the US equity markets, which have for weeks been trading in tandem with oil, also weighed on crude, traders said.
Brent crude settled $1.27, or 3.7 percent, lower at $33.01 a barrel.

Even data from industry firm Baker Hughes showing the US oil rig count at its lowest since December 2009 after nine straight weeks of declines failed to lift crude prices.

Brent finished the week down 1 percent while US crude ended flat after a particularly volatile week for oil, where prices fell and rose as much as 5 percent in a day.

Oil has shed 70 percent from highs above $100 a barrel in a selloff that has seen little pause over the past 20 months. Since last Friday though, some traders believed the market had seen a bottom on talk that OPEC was on a plan to reign in production.

This week, Saudi Arabia, the lynchpin of the Organization of the Petroleum Exporting Countries, along with Qatar and Venezuela, and non-OPEC member Russia, proposed to freeze output at January's highs.

Iran, the main stumbling block to any production control due to its zeal to recapture market share lost to sanctions, welcomed the plan without commitment. Iraq was also non-committal.

"There's a stark contrast between a freeze and a cut and the continued US inventory builds will show the ineffectiveness of any production caps," said Pete Donovan, crude broker at New York's Liquidity Energy.

Analysts are generally of the view that US stockpiles will rise amid seasonal spring refinery maintenance works.

Saudi Oil Minister Ali Al-Naimi will deliver a keynote on Tuesday at the annual IHS CERAWeek conference in Houston, his first public appearance in the US since the kingdom OPEC's shock decision in November 2014 to keep heavily pumping oil even though mounting oversupply was already sending prices into free-fall.

On the positive side, US shale producers, for the first time in months, were placing new hedges to lock in 2017 prices at around $45 a barrel, prompting price recovery at the back end of the US crude futures curve.

Bank of America Merrill Lynch said in a note that if the output freeze worked and gasoline fuel prices remained affordable, oil should rise to $47 a barrel by June.