US crude inventories rose by 2.1 million barrels last week, to a peak of 504.1 million barrels, the third week of record highs in the past month, data from the US government's Energy Information Administration (EIA) showed on Thursday. 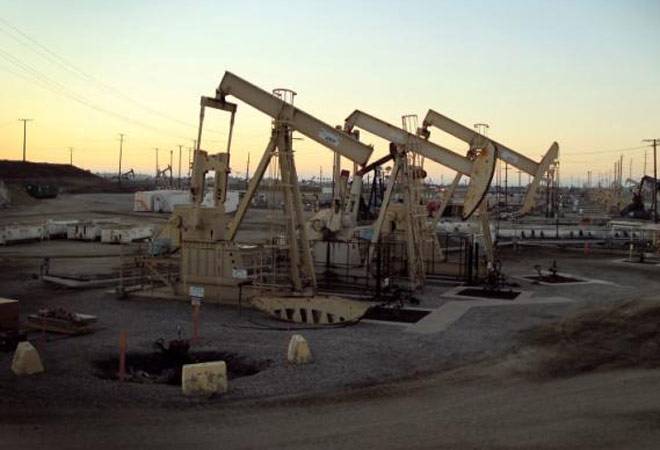 Oil futures fell in Asian trade on Friday as a record build in US crude stocks stoked concerns about global oversupply, outweighing moves by oil producers including Saudi Arabia and Russia to cap oil output.

US crude inventories rose by 2.1 million barrels last week, to a peak of 504.1 million barrels, the third week of record highs in the past month, data from the US government's Energy Information Administration (EIA) showed on Thursday.

That came as Iraq's oil minister Adel Abdul Mahdi said on Thursday that talks would continue between OPEC and non-OPEC members to find ways to restore "normal" oil prices following a meeting on Wednesday.

"Key to any deal (to cap production) is Iran. But Iran has been clear, saying it wants to get back to its pre-sanctions (production) level," Nunan added.

"Everything is pointing to the end of this year (before there is an agreement) when Iran gets to 4 million barrels per day. By that time the pain will be so great everybody will come to the table (to agree output caps)," Nunan said.

A combination of increased global oil demand of between 1-2 million barrels per day, production cutbacks by non-OPEC members and the deal by producers to cap output could lead oil prices to climb to around $40 a barrel by year-end, Nunan said.

The fall in oil prices hit Asian shares which slipped from near three-week highs on Friday. MSCI's broadest index of Asia-Pacific shares outside Japan fell more than 0.8 per cent, but gains in previous sessions left it up 4 per cent for the week.

Oil prices rose more than 14 per cent in the three days to Thursday after Saudi Arabia and Russia, supported by other producers including Venezuela and Iraq, moved to freeze oil output at January's levels. Iran endorsed the plan without commitment on Wednesday.

If approved, it would be the first such deal in 15 years between the Organization of the Petroleum Exporting Countries and non-OPEC members.

"The agreement has value in restricting major producers from adding incremental barrels to a saturated marketplace. However, it does little to correct the existing imbalance between global crude supply and demand," said BMI Research in a note on Friday.