Rupee appreciates with minor gains to 68.73 against US dollar

The rupee rose marginally by 9 paise to 68.73 against the US dollar in the opening trade on Thursday, tracking gains in the key regional Asian indices. 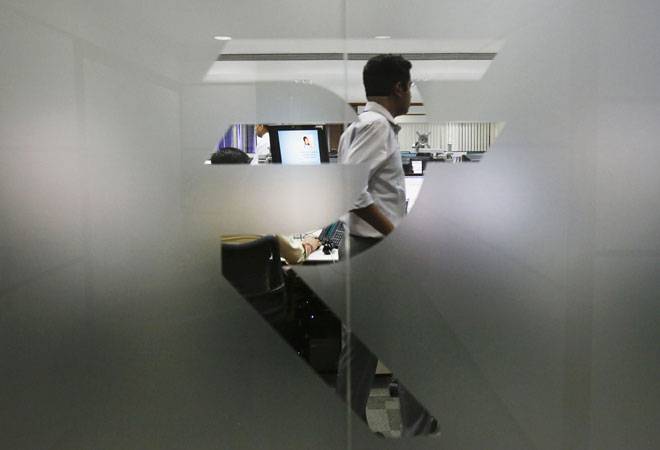 The rupee rose marginally by 9 paise to 68.73 against the US dollar in the opening trade on Thursday, tracking gains in the key regional Asian indices. Although foreign fund outflows and cautious opening in domestic equities weighed on the local unit, weakened dollar index, that fell 0.14% to 97.09, supported the domestic currency.

At the interbank forex market, the rupee opened strong at 68.76 and gained further ground to touch 68.73 per dollar, up 9 paise over its last close of 68.82 against the US dollar on Wednesday. Meanwhile, foreign fund outflows and cautious opening in domestic equities weighed on the local unit.

The 30-share index BSE Sensex is currently trading 100 points lower at 39,110, and the broader NSE Nifty50 is trading at 11,650, down 37 points. According to traders, investor sentiment took a hit tracking tepid quarterly earnings, amid weak cues from other global markets and continued foreign fund outflow.

Yes Bank was the biggest loser in the Sensex pack, registering fall of over 10% as the lender reported a massive slump of 92.44% on net profit, followed by ONGC, Tata Motors, Vedanta, HCL Tech, M&M, HUL, Tech Mahindra, Tata Steel and TCS. While Bharti Airtel, HDFC duo, ITC, Kotak Bank and Hero MotoCorp were the gainers of the Sensex .

Globally, Asian equities were trading at its lowest point at the start of the day amid renewed trade tensions between the US and China. Nikkei and Hong Kong Index declined 1% and 0.50%, SGX Nifty traded down by 15 points.

On the Wall Street, US market ended yesterday's session on the low, with Dow Jones dropping for the second session as investors assessed mixed corporate earnings amid concerns of U.S.-China trade spat.

Meanwhile, brent crude, the global benchmark, was trading at 63.84 per barrel higher by 0.29 per cent. Brent Crude production was disrupted last week as half of daily crude production in the Gulf of Mexico remained offline due to the storm, amid weak oil supply drawdown in US crude stockpiles last week.

Rupee slips 9 paise to 68.80 against the US dollar on Wednesday