Novel coronavirus has now been reported in more than 100 countries and has claimed more than 8,000 lives 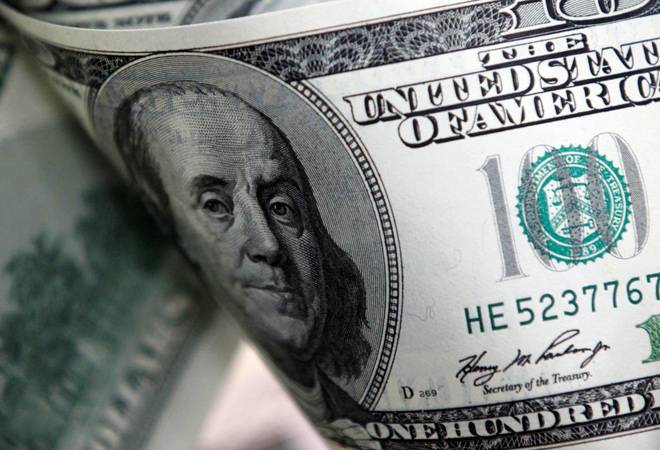 U.S. currency hit the highest in almost three years against the euro

The dollar rose against sterling toward its strongest since at least 1985. The U.S. currency hit the highest in almost three years against the euro. Against the antipodeans, the greenback rose toward a 17-year high against the Australian dollar and approached an 11-year peak against the New Zealand dollar as investors dumped riskier assets.

U.S. stock futures and oil prices came under further pressure early in Asian trading, which pushed the dollar higher as more people are placed under lockdown in an effort to contain the virus, traders said. Investors are also hoping for big fiscal spending to mitigate the damage to the global economy, but uncertainty about the spread of the virus is likely to support the dollar in the future.

"We've moved from risk off to a phase where major players are competing with each other for the safety of holding dollars in cash," said Yukio Ishizuki, FX strategist at Daiwa Securities in Tokyo. "There are still a lot of investors who need to sell riskier assets, and they want to hold their money in dollars."

Investors have been liquidating positions in safe-havens and other riskier investments to keep their money in dollars due to the uncertainty caused by the epidemic. Major central banks have ramped up efforts to ease a global dollar funding crunch, but the U.S. currency remains in demand due to the high degree of uncertainty about the unknown flu-like virus.

The dollar has also surged against many emerging market currencies, highlighting the growing sense of risk aversion across the globe. Early in Asian trading, the dollar rose to a record high against the Mexican peso MXN. So far this year the dollar is up 26% against Brazil's real BRL, up around 8% against the Korean won KRW and up 15% against the Indonesian rupiah IDR.

Republicans and Democrats in the U.S. Senate are trying to complete a deal on a $1 trillion-plus bill aimed at stemming the coronavirus pandemic's economic fallout for workers, industries and small businesses. But there was no sign of an overarching deal between negotiators, despite Republicans' claims of bipartisan agreement on specific issues including unemployment insurance and small business assistance.

Nearly one in three Americans were ordered to stay home on Sunday to slow the spread of the disease, while Italy banned internal travel as deaths there reached 5,476. U.S. President Donald Trump has approved disaster deceleration requests from New York and Washington, while St. Louis Federal Reserve President James Bullard warned unemployment could reach 30% unless more was done fiscally.

Oil prices to be affected by OPEC restrictions, US measures: Goldman Sachs

Rupee vs Dollar: Rupee falls to all-time low of 76.15 on coronavirus scare