3,000% returns in 15 years! This stock has quietly made investors crorepati

The company's US-based parent 3M owns 75 per cent stakes in the company, hence a low float of only 25 per cent is available for investors in India 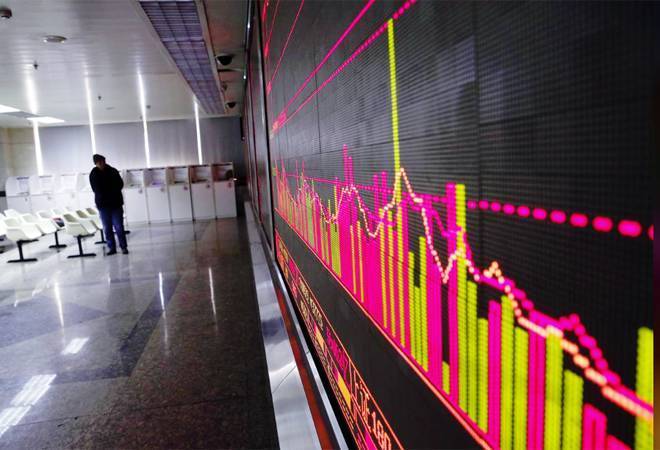 The company which was already in PPE and sanitiser manufacturing pumped up its production post COVID-19, which it believes should cushion lockdown blues in June quarter earnings

Scotch Brite, the popular line of abrasive products is a known name in Indian households. But hardly any stock investor knows the listed MNC behind the popular brand, even as the stock has offered multibagger returns in the last 15 years. The 32-year old firm has multiple product lines well-diversified among segments such as automotive, consumer, medical, safety, hygiene, energy, electronics and airospace and aircraft maintenance, etc. Headquartered in Bengaluru, the company has four manufacturing facilities in the country - two in Pune and one each in Bengaluru and Ahmedabad. It has two R&D centres in Bengaluru and Gurgaon. The company operates in four business segments -- safety n industrial, transportation and electronics (70 per cent), healthcare (15 per cent) and consumer (10 per cent). The first two contribute 70 per cent to its revenues, while healthcare and consumer comprise 15 per cent and 11 per cent, respectively.

3M India's March quarter profit after tax (PAT) may have declined marginally to Rs 60.11 crore on year-on-year basis, on a long-term basis, it has risen exponentially. From Rs 38.42 crore in financial year 2004-05, its PAT rose eight times to Rs 323 crore by FY19, while its revenues surged seven times to Rs 2,809 crore from Rs 380 crore in FY05. Note that 3M India changed its financial year from January-December to April-March in 2010. 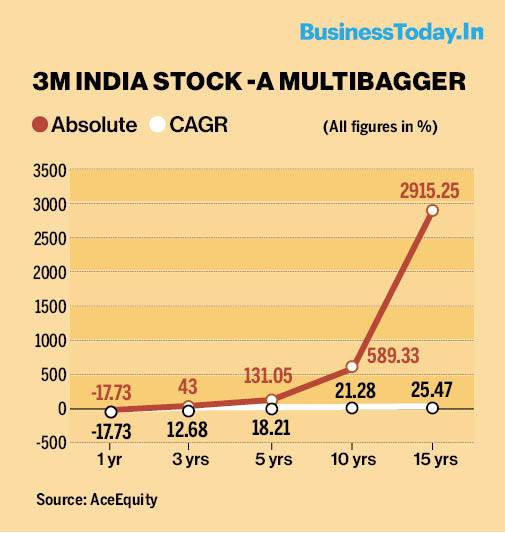 The company, which is virtually debt free with more than Rs 780 crore cash on its books as of FY20, has generated over 29 per cent average return on capital employed (ROCE) in last 15 years. On valuations front, however, the stock has been trading at a premium. Its 12-month trailing price to earnings (PE) ratio is as high as 96.68. It has ruled in the range of 51.5 and 112.5 in the last five years.

The company which was already in PPE and sanitiser manufacturing pumped up its production post COVID-19, which it believes should cushion lockdown blues in June quarter earnings. "One of factories in Pune where we produce hand sanitiser and other medical products for hospitals continued to operate throughout the lockdown. Workers did a fantastic job working with local authorities to keep everything running. Since healthcare contributes 15 per cent to our revenues, it should support Q1 financials," says Ramesh Ramadurai, MD, 3M India.

Going forward, while Ramadurai believes COVID-19 will hit company's profits to some extent, he sees recovery to be faster.  "The whole business around sanitisation, hygiene and safety is large for us which are high priority areas at this point in time. These segments will recover faster because as industries and factories restart they will focus on safety, sanitisation and hygiene. These areas will be growth drivers for us in the near-term," he says.

Despite sound financials and robust stock performance, hardly any brokerages have 3M India under their universe. Business Today reached out to at least five brokerages which confirmed that they do not track the stock. "We do not have coverage on 3M India. However, the company is innovation driven and has most characteristics of a good MNC," pointed out Deepak Jasani- Head of Retail Research at HDFC Securities.

JM Financial, which although doesn't cover the stock, mentioned in an industry report in May that 'a vast range of niche high-margin products catering to multiple industries will drive growth in 3M India'. Taking into account company's past performance, fundamentals, and seemingly low impact of COVID-19, the stock appears promising, but is richly valued. Consult your advisor before you dip into it.

Glenmark Pharma share falls 6% on price-fixing allegations in US, here's what brokerages say