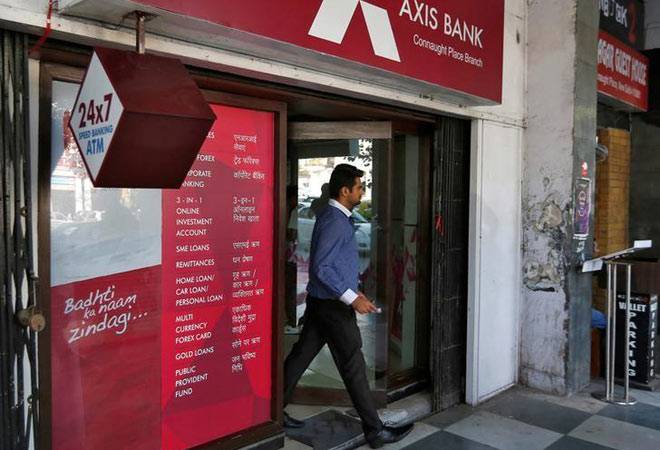 The Axis Bank share price has been falling for the last three days and lost 3.38% during the period.

The Axis Bank share price fell in early trade after the government announced the sale of part of its stake in Axis Bank held through SUUTI to raise up to Rs 5,316 crore starting today. The stake sale is part of the government's disinvestment programme through which it aims to raise Rs 80,000 crore in the current fiscal. The Axis Bank share price has been falling for the last three days and lost 3.38% during the period.

The Axis Bank share opened lower at 700.75 today compared to the previous close of 710.35 level on the BSE.

The stock hit an intra day high of 707.15 on the BSE. 31 of 48 brokerages rate the stock "buy" or 'outperform', 10 "hold" and five "underperform" and two "sell", according to analysts' recommendations tracked by Reuters.

The Axis Bank share price was trading below its 50-day and 200-day moving averages of 663 and 621 levels, respectively.

The floor price for the offer for sale has been fixed at Rs 689.52 per share. It is lower than the Monday closing price of Rs 710.35 apiece on the BSE.

Shares held by SUUTI, a promoter entity of Axis Bank, would be offloaded through the sale.

As per the filing, the government would also have the option to sell an additional 26,337,187 shares or 1.02 per cent stake in case of over subscription.

SUUTI, which was created to take over part of the assets and liabilities of the now defunct Unit Trust of India (UTI), owned 9.56 per cent stake in Axis Bank at the end of December 2018.

In the 10 months of the current fiscal, Rs 36,000 crore has been raised through stake sale in CPSEs, as well as through tranches of Exchange Traded Funds (ETFs) and share buybacks.