Bajaj Auto is on an upward spiral; Hero MotoCorp, TVS far behind in valuation

Bajaj's market value increased by around 7 per cent to over Rs 89,000 crore in the stock market in the last year 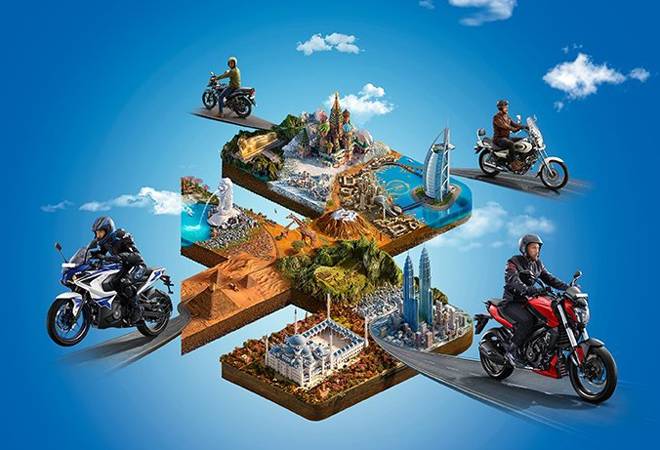 Hero, TVS and Eicher witnessed a slide in the stock market especially because of their over dependence on the domestic market. Bajaj's export constitutes 40-45 per cent of the overall sales. Hero's market value slipped by over 30 per cent to Rs 52,000 crore in the last one year until April 25. The value of Eicher dropped by 34 per cent to Rs 55,500 crore, while that of TVS dipped by 20 per cent to Rs 24,500 crore.

In the overall domestic sales pecking order, Pulsar has improved its position from 9th to 5th spot. Analysts expect that the surge is going to get reflected in financial results of the company that will come out on May 17. Bajaj's CT bikes, which was absent in the top 10 list in 2017-18, has entered as the 10th most selling two-wheeler in the country in 2018-19. "Bajaj Auto is strategically shifting its focus away from margins in an attempt to recoup its lost market share in domestic motorcycles. The aim is to expand its market share further to about 24 per cent from 18.7 per cent now by plugging gaps in the portfolio," said Motilal Oswal in its report. The expect that the EBITDA margin is likely to stabilize at 16-17 per cent, reflecting weak demand and the strategic shift in the focus toward market share.

Honda Activa is the most selling two-wheeler in the world's biggest two-wheeler market, despite the scooter segment declining for the first time in FY18-19 in over a decade. Activa sales dropped 4.6 per cent to just over 30 lakhs units in FY18-19. Hero Splendor, which has been the top selling two-wheeler for 8 months in 2018-2019, came second after Activa. Besides Splendor, three other models from Hero made the list -- HF Deluxe at third, Passion at sixth and Glamour at 9th rung. With an overall growth of 9 per cent, Chennai-based TVS bagged two positions in the top ten models -- TVS XL Super and Jupiter scooter. Royal Enfield could not get any product in the top 10 list.

Bajaj Auto has also been busy realigning its business under three niche categories -- intracity vehicles, superbikes and urbanite -- besides the major mass motorbike segment, in the last one year. The three-wheeler and four-wheeler quadricyle Qute comes under the intracity category. They launched Qute recently in Maharashtra. The second niche category is that of superbikes -- including KTM, Husqverna and Triumph. The urbanite is a portfolio of futuristic vehicles, which will be mostly electric, Rajiv Bajaj earlier told Business Today. The market expects that Bajaj will bring its first electric two-wheeler by end of the year. The company is also developing new brands and looks to create new specialised segments, besides entering into the volume business.

Also Read: P&G, Samsung, J&J under the scanner for not passing on GST rate cut benefits to consumers