Healthcare stocks you should bet on in the long term 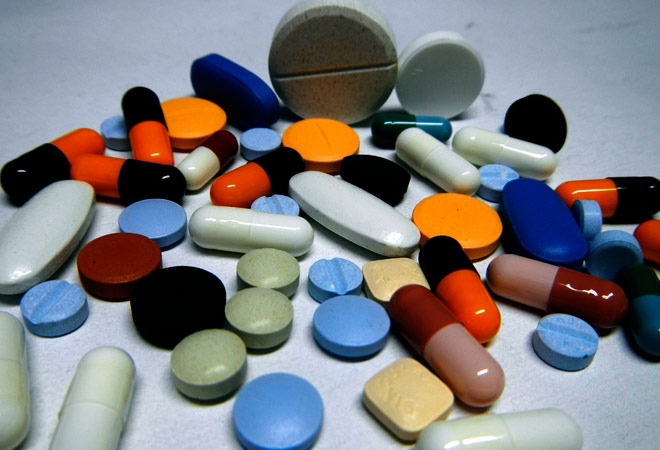 Healthcare stocks have been outperforming others since the beginning of the ongoing calendar year. Consider this: The BSE Healthcare index jumped 15 per cent to 16,900 on May 29 from 14,692 on December 31 last year. However, the key benchmark index BSE Sensex gained 1.20 per cent during the same period.

DK Aggarwal, chairman and managing director, SMC Investment and Advisors, says, "The announcement of 100 per cent FDI in medical devices as part of a strategy to not only reduce imports but also promote local manufacturing for the global market has boosted the sector. Healthcare companies have also increased market penetration through mergers and acquisitions to take advantage of synergies of established distribution system. Expansion through different channels and increasing revenues put the industry in the limelight and valuations have increased."

Industry has seen double-digit revenue growth domestically as well as in markets such as US and Europe. For the quarter ended March 2015, overall gross sales of the healthcare companies jumped by around 18 per cent against 19 per cent jump in the same quarter a year ago. However, net profit of the industry fell around 5 per cent year-on-year at the end of the quarter under review.

Sarabjit Kour Nangra, vice-president research, pharma, Angel Broking, says, "Overall, the sector can easily log in 15-18 per cent growth. In terms of profitability, the companies are likely to sustain their return on equity (ROE) of 20-25 per cent, which is healthy, thus sustaining decent returns. Mergers and acquisitions  will continue to remain the main trend, with most companies looking at utilisation of their cash on the balance sheets."

Before investing in a pharmaceutical stock, one should always look at rupee movement. Besides these, investors should remain updated on corporate actions going on the healthcare stocks coupled with regulatory approvals and registration of patents. One should also consider investments towards research and development (R&D).

Vivek Gupta, CMT, director research, CapitalVia Global Research, says, "The healthcare sector is combination of different industries - from pharmaceuticals to hospitals - and each has different dynamics. Investments in this sector are affected by many variables. While putting stakes on healthcare following basics like company's R&D and new patents issued need to be checked first as healthcare companies can be considered more of growth stock rather than dividend stock."

Dishman Pharmaceuticals & Chemicals:  The company is a recognised supplier of cost-effective, high quality chemical services and products to the global pharmaceutical and chemical industry. It is involved in the manufacture of Active Pharmaceutical Ingredients (API), API intermediates, quaternary ammonium compounds and fine chemicals.

The company is targeting a revenue growth of 10-15 per cent in the ongoing financial year. It had guided for revenue of Rs 1,500 crore in 2014-15. The company targets to maintain profit guidance at Rs 120-130 crore.

The company plans to pay off a bank debt of Rs 100 crore in the next fiscal year, which they will achieve through cash accruals as they believe net interest margins (NIMs) to remain strong in the next year.

The management expects to see around Rs 250 crore sales for its Vitamin D business.

It possesses a wide range of research competencies and manufacturing capacities across multiple continents and countries, including Switzerland, UK, France, China, Japan and India. It operates in seven plants in total: three in Switzerland, one each in UK, France and China, and two plants in India.

Aggarwal of SMC says, "With strong R&D experience and effective relationship developed with MNC customers, Dishman Pharma has emerged as a premier contract manufacturing organisation. The company is focused on improving margins by better churning of existing capacities with focus on low volume - high value orders. It is expected that the stock will see a price target of Rs 211 in 8 to 10 months time frame."
On May 29, the share price of Dishman was at Rs 146.

IPCA Laboratories: The share price of the company corrected 15 per cent in the past one year. However, Nangra of Angel Broking is bullish on IPCA Labs. She says, "IPCA Labs is expected to post a 19.9 per cent CAGR to Rs 4,957 crore and EPS to register a 24.3 per cent CAGR to Rs 45 over FY2015-17E. We think the company's financial will be impacted by the USFDA import alert on the Ratlam facility. For Indore and Silvassa units, the USFDA inspection will take place as and when it is due. While concerns persist, we still maintain our Buy on the stock, on the back of attractive valuations. The share price of the company can touch Rs 810 in the next few quarters."

Aurobindo Pharma: For the quarter ended March 2015, the company reported a consolidated net profit of Rs 403.80 crore, down 19.53 per cent, against Rs 501.81 crore in the corresponding quarter a year ago. However, gross sales of the company jumped 36.35 per cent year-on-year (yoy) to Rs 3143.97 crore at the end of the quarter under review.

According to Reliance Securities, "Aurobindo's 4QFY15 result beat our estimates on all fronts driven by robust US sales and robust ARV formulations performance. US posed a positive surprise despite only 2 product approvals in the last quarter of 2014-15. This indicates ramp up in base portfolio in the US led by both price and volume expansion."

The brokerage house has 'buy' rating on the stocks of Aurobindo Pharma with a target price of Rs 1,542.

According to a research report by KR Choksey, Cipla's Q4FY15 sales were in line but net profit misses estimates. The company has been focusing on restructuring its business model with 2-3 years strategy and is looking to shift from partnership model to front end model for which company will be able to reap the benefits in future. Launch of combination of inhalers in EU and US will be a significant opportunity for the company to drive earnings in long term.

The brokerage house believes the share price of the company can touch Rs 704.