TCS, Reliance, ITC, Coal India and ONGC are other five companies that have market cap of over Rs 2 lakh crore. 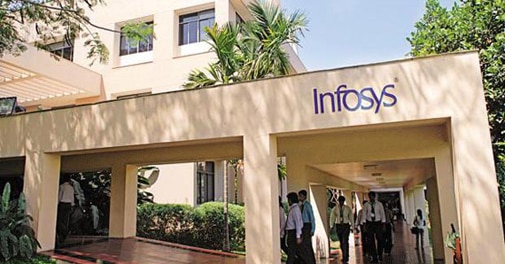 TCS, Reliance, ITC, Coal India and ONGC are other five companies that have market cap of over Rs 2 lakh crore.

The country's most valued company TCS currently has a market cap of Rs 4,15,162 crore.

Infosys' stock has gained nearly 54 per cent so far this year. The company had recalled its founder N R Narayana Murthy in June and its share price has also gained considerably since then.

On the other hand, Infosys has witnessed an exodus of senior-level executives since Murthy's return.

In the eighth top-level exit at India's second-largest software exporter in the past six months, V Balakrishnan, a member of the Infosys board, has resigned.

Balakrishnan, who joined Infosys in 1991, was considered by some as the next chief executive officer after current CEO S D Shibulal retires in 2015.

Overall, IT stocks have been on an uptrend over the past few days, following weakness in rupee and rebound in the US, their major market.