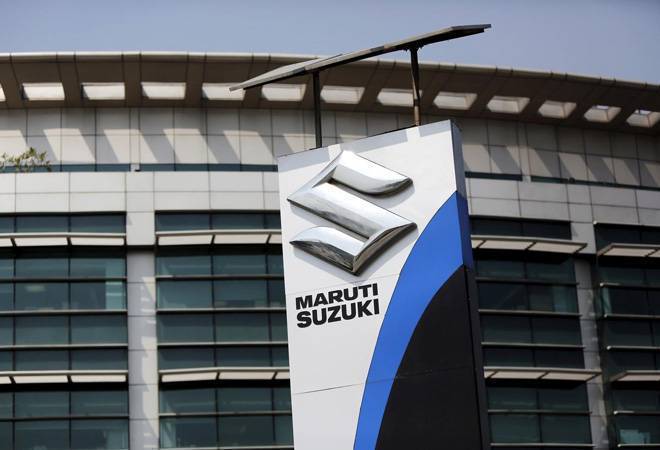 Maruti Suzuki share price rose over 2% in early trade today after the country's largest car maker said it would resume operations in Manesar plant from May 12. Share price of Maruti Suzuki gained 2.01% to Rs 4,937 against previous close of Rs 4,839 on BSE.

The large cap stock has fallen after three consecutive days of gain. It has lost 27.77% in last one year and fallen 34.33% since the beginning of this year. Maruti Suzuki share is trading lower than 5 day, 20 day, 50 day, 100 day and 200 day moving averages.

"All activities would be carried out strictly in accordance with the Government regulations and guidelines and observing the Company's own concern for the highest standards of safety," Maruti Suzuki India (MSI) said. Maruti, which manufactures nearly 15.5 lakh cars of 16 different models every year, had suspended its operations at Udyog Vihar and Manesar facilities on March 22.

The company, however, had said that it would resume operations only when it could maintain continuous production and sell vehicles, "which was not possible at this point of time".

Maruti's Manesar (Haryana) plant is outside the limits of Gurugram Municipal Corporation, while its Gurugram plant falls within the city limits.

The two plants in Haryana have an installed capacity to roll out 15.5 lakh units per annum.

Maruti said it reported zero sales in the domestic market, (including sales to OEM), in April in the wake of the coronavirus pandemic. The company cited zero sales due to compliance with the government orders to shut down all production facilities.

In March, Maruti Suzuki's production fell 32 per cent in March amid the nationwide lockdown which began in the last week of the month. Maruti produced 92,540 units in March compared to 1,36,201 units in the year-ago period.