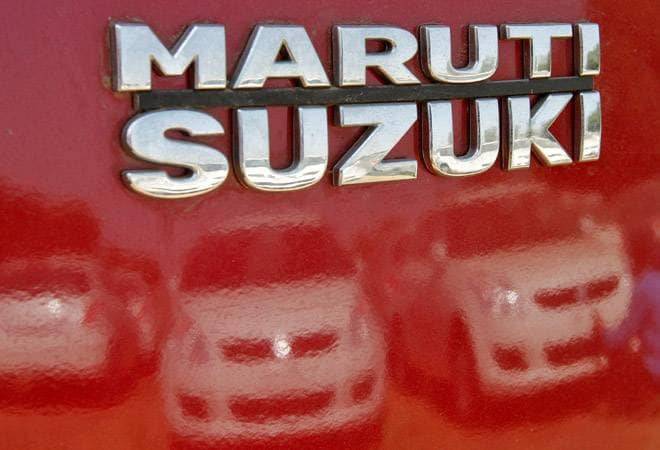 Additionally, the stock has formed a gap down chart pattern with a fall of almost 25 points today at 12:05 pm.

Shares of Maruti Suzuki India Ltd (MSIL) declined almost 6% to a fresh 52-week low today after the vehicle manufacturing firm informed bourses on Friday that it has cut vehicle production for the 5th consecutive month in June, amid probe by Competition Commission of India (CCI) over implementation of the company's discount control policy vis-a-vis dealers.

A total of 0.73 lakh shares and 14.7 lakh shares are currently changing hands on BSE and NSE, respectively. Overall, Maruti Suzuki sare price has fallen over 35% in one year, over 18% in 6 months and around 14% over the last month.

The country's biggest carmaker said it has slashed total vehicle production, including Super Carry LCV, by 15.61% to 1.11 lakh units in June 2019 over June 2018. Following the regulatory statement submitted on Friday, the stock price of Maruti fell 2.71% to Rs 6,364.75.

In a seperate development, the Competition Commission of India (CCI) has ordered a detailed probe against the carmaker for alleged resale price maintenance arrangement with dealers.

The commission, in a 10-page order, alleged that dealers of the auto major in a particular region are not permitted to give extra discount to their customers and if a dealer is found offering discounts more than the permitted level, a penalty is levied. The order further specified that a similar discount control policy is implemented by MSIL across India - specifically, in the cities where more than five dealers operate in a single city.

According to CCI, the matter came into light after an e-mail was sent by a purported dealer anonymously against MSIL, alleging resale price maintenance resorted to by the carmaker in certain areas.

MSIL, in its response, said that it does not exercise control or supervision over the dealers, except to maintain a balance between satisfaction of consumers and uniformity in schemes. In the regulatory filing submitted on Friday, the car maker further stated that it will take appropriate action after examining the order fully.