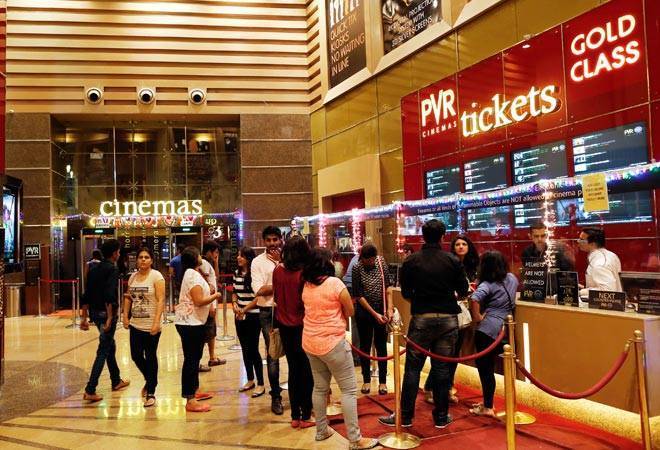 The PVR Cinemas and  Inox Leisure stocks rose in early trade today after the GST Council on Saturday reduced tax rates on 23 goods and services, including movie tickets, TV and monitor screens. While the PVR stock rose up to 2.87% to Rs 1,607 level, the Inox leisure stock gained up to 4.56% to 249.90 level on the BSE.

The PVR stock has risen 7.02% during the last one year and 9.02% since the beginning of this year.

The stock had been losing for the last two days and fallen 2.09% during the period.

The stock has been gaining for the last six days and risen 8.82% during the period.

The government on Saturday lowered the GST rates on cinema tickets costing up to Rs 100 to 12 per cent from the existing 18 per cent, while tickets above 100 would attract 18 per cent GST against 28 per cent earlier.

This would decrease the cost of cinema viewing  and attract more people to the theatres.

The government's decision to reduce the GST rate on cinema tickets would make movie viewing more affordable, increase footfall and aid the growth of the industry, the Multiplex Association of India (MAI) said Saturday.

"This move would help in reduction in prices and make the cinema viewing much more affordable," Multiplex Association of India President Deepak Asher said.

"Lower ticket prices would attract more people to cinemas, which means more footfalls and our occupancy level would go up."

2018 in review: Why foreign investors gave India a miss this year