Kapoor, who built Yes Bank into the fourth-largest private lender over 15 years, has pledged his entire 4.31 per cent stake in the bank, while MCPL pledged 3.03 per cent of the total shareholding, equivalent to 7.02 crore shares 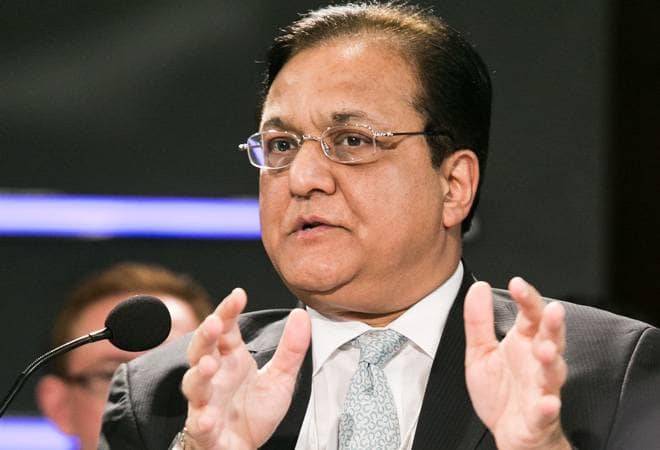 Shares of YES Bank tumbled over 4 per cent in early deals on the Bombay Stock Exchange after the private sector lender announced that its founder and former chief executive officer Rana Kapoor pledged 10 crore shares,  accounting for 4.31 per cent stake of total share capital, as a security for his daughters' ventures.

Rana Kapoor and Morgan Credits Pvt. Ltd (MCPL) have pledged their entire stake amounting to 7.34 per cent of total share capital of the bank, the promoter entities notified the stock exchanges. These shares have been pledged as security provided to the holders of debentures issued by MCPL, it said in the regulatory filing.

Kapoor, who built Yes Bank into the fourth-largest private lender over 15 years, has pledged his entire 4.31 per cent stake in the bank, while MCPL pledged 3.03 per cent of the total shareholding, equivalent to 7.02 crore shares.

At the end of June 2019, Kapoor owned 19.78 per cent of Yes Bank shares through his two holding companies - Yes Capital (India) Pvt Ltd and Morgan Credits, owned by his daughters Radha Khanna, Raakhe Tandon and Roshini Kapoor. Last year, he had said that he will never sell his shares in the bank and will pass them on to his daughters.

The former CEO of the bank was forced to quit by the Reserve Bank of India over bad-debt accounting at the beginning of this year. Ravneet Gill was named CEO after Kapoor's ouster from the bank.

Weighed down by the development, share price of YES Bank declined as much as 4.38 per cent to touch an intra-day low of Rs 87.15 apiece on the Bombay Stock Exchange (BSE) after making a bearish start at Rs 89.40. Paring its early losses, the stock bounced back in the positive terrain, trading at Rs 91.60 apiece, up 0.49 per cent.

On the National Stock Exchange, YES Bank share was trading at Rs 91.55 apiece, up 0.44 per cent as compared to previous closing price of Rs 91.15. The stock opened lower at Rs 89 and touched an intra-day low of Rs 87.10 in the early trade.

The stock has been on selling spree post its June quarter results as weak earnings prompted several brokerages, including Jefferies and JP Morgan, to slash their price targets on the Yes Bank shares.

In its financial reports for the quarter ended June 30, 2019, Yes Bank reported a sharp decline of 91 per cent on a yearly basis in its net profit at Rs 113.80 crore, dented by one-off impact from mark to market (MTM) provisions of Rs 1,109 crore. The provisions and contingencies of the bank rose nearly three times to Rs 1,784.1 crore as compared to Rs 625.70 crore made in the year-ago quarter.