Mukesh Ambani's Reliance Industries share price has fallen as much as 9.65 per cent in last three sessions amid profit booking and concerns over the Future Group deal 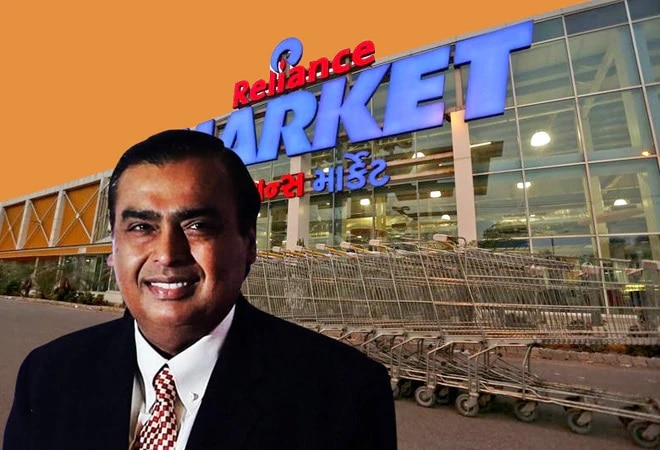 Shares of Reliance Industries Ltd (RIL) extended their fall on Wednesday as investors resorted to profit booking after December quarter results, while concerns over its bid to acquire Future Group businesses also spooked sentiment. The Reliance stock has declined as much as 9.65 per cent in the last three sessions. This was the second straight session when Mukesh Ambani-led oil-to-telecom conglomerate was among the top laggards on the BSE SENSEX and Nifty.

On the volume front, there was surge in selling as 17.4 lakh shares changed hands over the counter as compared to two-week average volume of 9.91 lakh shares on the BSE.

In line with Reliance Stock, shares of Future Retail also declined 4.98 per cent to settle at Rs 77.25 on the BSE on Wednesday.

The share of oil-to-chemicals giant came under stress after Amazon filed a petition in the Delhi High Court seeking detention of Future Group founders, including CEO Kishore Biyani, and seizure of their assets as it sought to block Future Group from selling retail assets to Reliance Industries. In the petition, Amazon sought enforcement of the Singapore arbitrator's ruling in October against Future Group's Rs 24,713 crore deal with Reliance.

Meanwhile, Future Retail, in a regulatory filing, on Monday said it would defend the matter through its legal counsels.

On the earnings front, Reliance Industries reported 12.5 per cent year-on-year growth in consolidated net profit at Rs 13,101 crore for the third quarter ended December 31, 2020, on the back of strong rebound across all businesses. Consolidated revenue, however, fell by 22 per cent to Rs 1,28,450 crore in the quarter under review as compared to Rs 1,60,447 crore in the year ago period. The firm reported highest ever quarterly consolidated profit before exceptional items at Rs 15,015 crore, while consolidated EBITDA before exceptional items stood at Rs 26,094 crore during December quarter of 2020.