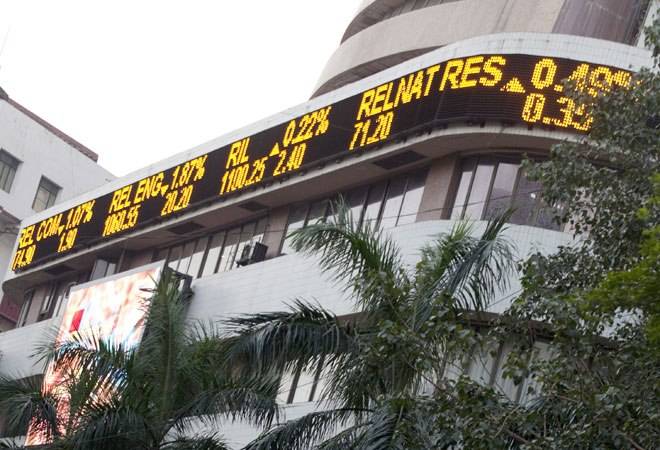 In line with benchmark indices, the broader markets also ended higher, with MidCap and SmallCap indices gaining as much as 0.43 per cent and 0.26 per cent, respectively.

On the sectoral front, metal and oil and gas stocks outperformed the benchmark index, rising as much as 2.03 per cent and 1.34 per cent. In contrast, IT and realty witnessed selling pressure.

The Market breadth, indicating the overall strength of the market, was weak. On BSE, a total of 2944 shares traded, 1499 shares advanced,1274 declined and 171 remained unchanged.

Twenty one out of 30 Sensex stocks closed in the green. On the NSE Nifty 34 shares advanced and 16 declined.

The top gainer on BSE Sensex was Tata Motors which jumped over 4 per cent after a media report suggested that the company's luxury unit Jaguar Land Rover said that plans to cut thousands of jobs early next year, as part of a turnaround strategy. Among others, Power Grid Corporation of India Ltd. (Rs. 192.05,+3.53%), Housing Development Finance Corporation Ltd. (Rs. 1963.30,+3.11%), Coal India Ltd. (Rs. 253.40,+2.70%), were notable gainers.

Kotak Mahindra Bank shares fell after the Bombay high Court refused to grant stay on 31 December deadline to bring down its promoter stake holding by 20 per cent. The RBI has asked the private sector lender to lower promoter shareholding to 20 per cent of its paid-up capital by 31 December 2018, and to 15 per cent before 31 March 2020.

Shares of private sector lender Bandhan Bank jumped nearly 5 per cent on Monday, notching a month high on Bombay Stock Exchange, after the Reserve Bank of India (RBI) allowed the bank to open new branches. In the last four trading session, shares of the Kolkata-based lender surged 19 per cent from Rs 468.90 on December 11, as the bank's founder and CEO Chandra Shekhar Ghosh said the bank would add another 40 branches by December 31, taking the total number to 978.

Overseas, Asian markets closed higher on Monday, led by Japan's Nikkei 225, amid hopes that the Federal Reserve would re-evaluate its hawkish stance at a meeting later this week, following signs of slower global growth. Japan's Nikkei 225 index added 0.62 percent to settle at 21,506.88 and Hong Kong's Hang Seng gained 0.08 percent to close at 26,116.69. The Shanghai Composite index rose 0.16 percent to 2,597.97.