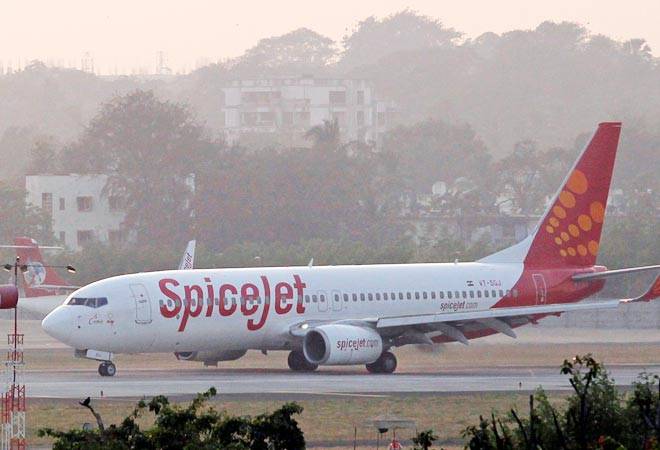 SpiceJet share price has gained 28.22% in last one year and risen 17.66% since the beginning of this year

However, SpiceJet share has gained 28.22% in last one year and risen 17.66% since the beginning of this year. The brokerage said gave a hold rating to the stock and cut its target price to Rs 115 from Rs 130. HSBC said Q2 earnings of SpiceJet were worse than expected.

The profitability of the airline in second half of this fiscal is likely to be affected by subdued yield and rising costs. The brokerage cut FY20 profit estimate for the airline by 27%. In the second quarter of current fiscal, SpiceJet, the country's second-largest airline, reported widening of net loss to Rs 462.6 crore on account of higher costs with respect to grounding of Boeing 737 MAX planes and changes in accounting norms.

The Gurgaon-headquartered airline had reported a net loss of Rs 389.4 crore in the September quarter of last fiscal. However, revenue from operations rose 51.76 per cent to Rs 2,845.3 crore in Q2FY20 from Rs 1,874.8 crore in Q2FY19, as the airline added more destinations and expanded its fleet of passenger and freighter aircraft.