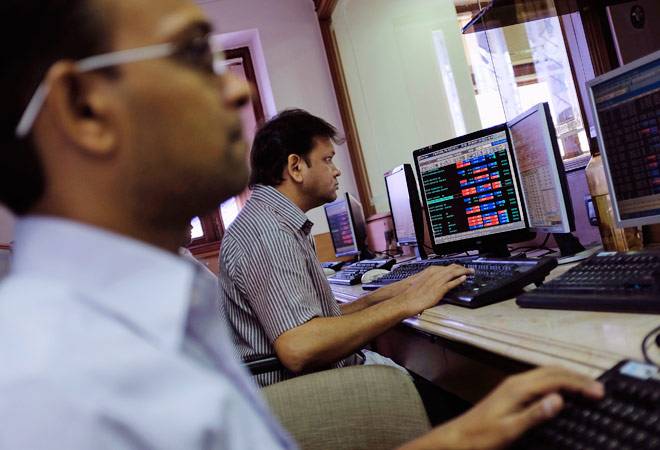 Stocks gained up to 11 per cent in trade on Wednesday as new rules are expected to boost local shipping fleet and dent foreign shippers. Photo: Reuters

Extending the fall for the third consecutive session, the domestic markets ended the day in red as Tata Consultancy Services (TCS) declined after a soft quarter, adding to the IT sector's woes after Infosys' guidance cut and HCL Technologies' revenue warning.

Investor risk appetite was also affected due to elections in Bihar and lower Asian shares after subdued inflation data from China.

Here are top stocks that buzzed in today's trade:

Shares of TCS ended the day 4.39 per cent down at Rs 2483.40 on Bombay Stock Exchange (BSE) in trade on Wednesday after the IT firm missed forecasts in terms of revenue growth in the September quarter of financial year 2015-16.

The company on Tuesday reported a 3.9 per cent sequential revenue growth in the constant currency terms quarter-on-quarter, missing analysts' expectations and lagging behind rival Infosys, which reported six per cent sequential growth. Revenues grew 5.8 per cent q-o-q to Rs 27,165 crore, and 14.1 per cent on a year-on-year basis.

Shares of shipping companies such as Shipping Corp of India (SCI) , Mercator, Great Eastern Shipping and Essar Shipping gained up to 11 per cent in trade on Wednesday as new rules are expected to boost local shipping fleet and dent foreign shippers.

The stock of SCI ended 4.48 per cent higher to Rs 82.75 after gaining as much as 10.85 per cent, Great Eastern shipping closed 1.38 per cent up after surging 6.32 per cent intraday, while Mercator and Essar Shipping added 6.33 per cent and 3.76 per cent at close, respectively after hitting their intraday highs of 12.22 per cent and 9.67 per cent on Bombay Stock Exchange.

Shares of Cipla, India's fourth-largest drugmaker by sales , pared losses and ended flat after falling nearly 3 per cent in trade on Wednesday. The stock hit an intraday low of Rs 660, down 2.66 per cent in early trade on the Bombay Stock Exchange (BSE).

Traders cite a letter, a so-called 'form 483', that the US Food and Drug Administration sent to US firm InvaGen Pharmaceuticals Inc in May highlighting quality control issues one of its manufacturing plants.

Shares of Hindustan Unilever ended the day 1.85 per cent down after the FMCG major disappointed Dalal Street with its September quarter earnings for the fiscal year 2015-16.

The company reported 2.6 per cent year-on-year (YoY) fall in net profit at Rs 962 crore for the quarter. It had reported a net profit of Rs 988 crore in the corresponding quarter of last financial year.

The shares of DCB Bank nosedived nearly 20 per cent in trade on Wednesday after the private sector lender reported a 10 per cent decline in net profit at Rs 36.93 crore for the July-September quarter. The stock ended at its day's low of Rs 106.80, down 19.97 per cent on the Bombay Stock Exchange .

The bank said it will double its branches to over 310 over the next 12 months. However, the aggressive expansion plans failed to impress investors.

Shares of Bharat Forge slipped 6 per cent in trade on Wednesday after global brokerage CLSA downgraded the stock to 'sell' from 'buy'.