In order to comply with the SC order, Vodafone Idea on Thursday paid Rs 1,000 crore more to the Department of Telecommunications (DoT) towards its statutory dues. 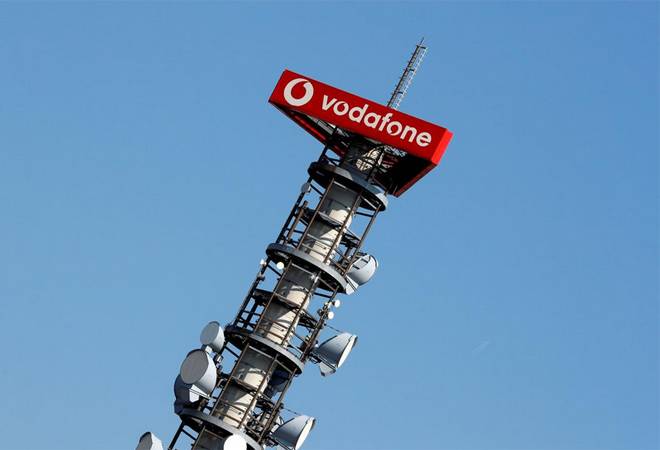 Company's lawyer Mukul Rohatgi has also reportedly said that revoking company's bank guarantees by DoT may lead to shutting down operations in India.

The share price of Vodafone Idea extended gains for the second straight session and zoomed up to 18% intraday following reports that the telecom firm has made Rs 1,000 crore payment to Telecom Department towards statutory dues. This was despite rating downgrade on company's non-convertible debentures by rating firms CRISIL and Brickworks, on fading expectations of any relief from the government.

After today's rally in Vodafone Idea's stock, the market capitalisation of the company rose to Rs 13,132.07 crore from Rs 12,040.13 crore recorded at the end of Wednesday's market session.

Vodafone Idea stock price trades higher than its 5-day moving averages but lower than 20, 50, 100 and 200-day moving averages. The stock has risen 0.22% in one week, although eroded value worth 7.6% in one month, 27% year-to-date and 75% in one year. Market depth data on BSE indicates 43% buyers bidding compared to 57% sellers offering the stock.

Volume-wise, 951 lakh shares and 6,972 lakh shares changed hands on BSE and NSE, respectively. The shares of the telecom firm had skyrocketed 48% in Wednesday's session.

In order to comply with the SC order, Vodafone Idea on Thursday paid Rs 1,000 crore more to the Department of Telecommunications (DoT) towards its statutory dues.

It has partially paid Rs 2,500 crore to DoT on February 17, 2020. In all, the telecom company owes Rs 53,000 crore to the telecom department. The telecom stock has been highly volatile in the recent trading sessions due to adjusted gross revenue (AGR) dues case, which have put telcos in tough spot.

On Monday, the Supreme Court had also denied the telecom companies protection from the invocation of the bank guarantee by the DoT, in case they failed to pay up AGR dues. Post this, Vodafone Idea Chairman Kumar Mangalam Birla on Tuesday met Telecom Secretary Anshu Prakash amid growing concern the government was considering the possibility of invoking bank guarantees of telcos to recover statutory dues.

Birla also held a series of meetings with finance ministry functionaries, ensuring ensure the sustainability of the company as its survival hinges upon a support package from the government. Company's lawyer Mukul Rohatgi has also reportedly said that revoking company's bank guarantees by DoT may lead to shutting down operations in India.

In another development, CRISIL has downgraded Vodafone Idea's rating on the Rs 3,500 crore non-convertible debentures to 'CRISIL B+' from 'CRISIL BB'. The rating continues to be on 'Rating Watch with Negative Implications'. This was on account of expectation of a lower likelihood of any relief from government after the Supreme Court (SC) on February 14, 2020, did not grant any relief under the modification request filed by the telecom companies and directed the same to make the payment before the next hearing on March 17, 2020.

"However, the amount payable is likely to be much higher than the above amounts, thereby enhancing the risk of invocation of bank guarantees provided by the company towards AGR related dues to DoT. This will, in turn, lead to a significant deterioration in VIL's financial risk profile," CRISIL said in its rating rationale.

"The rating remains on watch negative pending clarity on the funding plan by VIL for clearing AGR dues", the filing further said.

Besides CRISIL, rating agency Brickwork also downgraded Vodafone Idea's rating for non-convertible debentures of Rs 2,500 crore from BWR BBB- to BWR BB- and retained its outlook for the debt instrument under watch with negative implications, attributing to the impact of potential financial risk from AGR dues payment.