Adani Transmission share price gained as much as 6.37 per cent to hit 52-week high of Rs 924.40 on acquisition of Warora-Kurnool Transmission Limited (WKTL) from Essel Infraprojects Limited 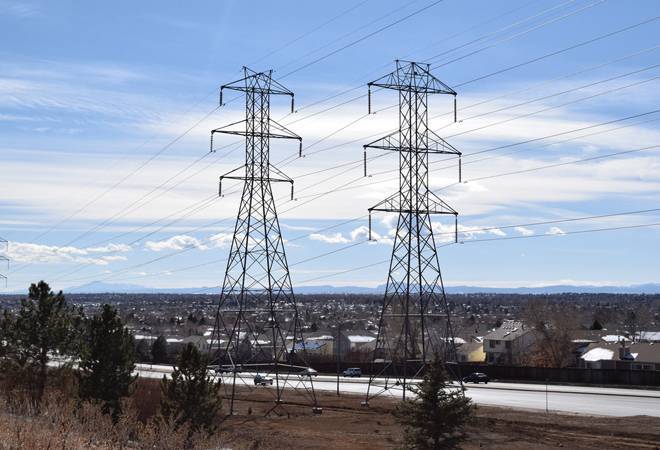 Shares of Adani Transmission surged over 6 per cent to hit record high on Bombay Stock Exchange (BSE) in opening trade on Tuesday on acquisition of Warora-Kurnool Transmission Limited (WKTL) from Essel Infraprojects Limited. The acquisition values the enterprise valuation of WKTL at Rs 3,370 crore, the company said in an exchange filing on Saturday.

Adani Transmission share price opened higher at Rs 898 against previous close price of Rs 869 on the BSE. The Adani Group's stock gained as much as 6.37 per cent to hit 52-week high of Rs 924.40. There was surge in volume, as 43,000 shares changed hands over the counter as compared to two-week average volume of 76,000 scrips.

In a similar trend, Adani Transmission shares hit a record high of Rs 918 on the National Stock Exchange (NSE) after opening in green at Rs 896.

Adani Transmission Limited (ATL) has already received regulatory approval for substitution of original awardee in the contract by the company from Central Electricity Regulatory Commission. The lenders consent and other necessary regulatory approvals shall be obtained before closure of transaction.

The acquisition is in sync with ATL's strategy to enhance the value for its stakeholders, through organic as well as inorganic opportunities, Adani Group firm said. With this acquisition, the cumulative network of ATL will reach around 17,200 ckt km, out of which nearly 12,350 ckt km is already operational and 4,850 ckt km (including this asset) is in various stages of execution.

Commenting on the development, Anil Sardana, MD & CEO, Adani Transmission Ltd, said, "The acquisition of WKTL will bolster ATL's pan-India presence, consolidating further its position as the largest private sector transmission company in India. This strategic West to South 765 KV interconnector with Substation in Southern India, completes ATL presence in all regions of the country. This asset will not only increase ATL's size and scale but will also take ATL closer to its target of setting up 20,000 ckt km of transmission lines by 2022. The acquisition is a further demonstration of ATL's drive towards differentiated capability through inorganic growth, successful integration & making such assets value accretive, for long term sustainable value creation for its stakeholders."

Warora-Kurnool Transmission Ltd. will develop, operate and maintain transmission lines aggregating to around 1,750 ckt km. The 765 kV inter-state transmission line links Warora-Warangal and Chilakaluripeta-Hyderabad-Kurnool with a 765/400 kV new sub-station at Warangal. The project was awarded through competitive bidding process on a build, own, operate, maintain basis.