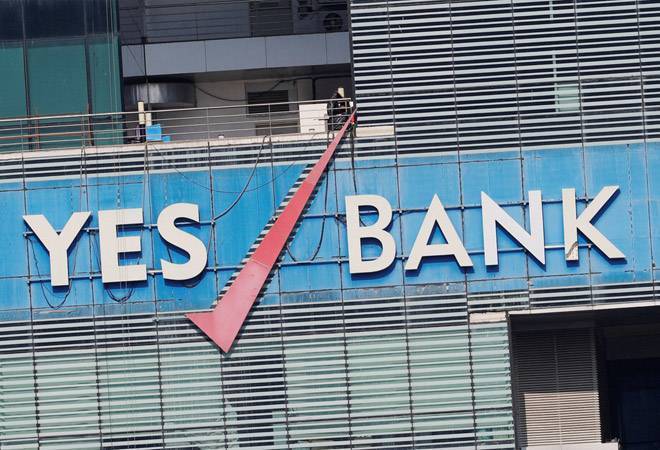 The rise in the price of the stock was despite rating downgrade by India Ratings on the lender's long-term issuer rating due to continued delay and inconclusive quantum of the anticipated equity infusion in the bank. India Ratings and Research (Ind-Ra), a part of Fitch Group, on Wednesday downgraded YES Bank's long-term issuer rating to 'IND A-' from 'IND A' while maintaining it on 'Rating Watch Negative' (RWN).

As per the filing, the lender and its financial advisors are currently in discussions with these investors on the commercial terms, including pricing, of their investments which, it may be noted, will be subject to certain conditions and receipt of requisite approvals, including regulatory approval.

The mid-cap stock has gained after 3 days of consecutive fall. The stock has outperformed the 'Banks' sector on BSE by 7.53%. The share has lost 3.63% in one week, 11% in one month, 20% year-to-date and 78% in the last year's period. The market capitalisation of the mid-cap stock stood at Rs 9,322 crore. Market depth data suggested 60% buying against 40% selling. Volume-wise, 45.3 lakh and 788 lakh shares are changing hands on BSE and NSE today.

"Given that the current capital raising process has the bank' s fullest attention, it would like to inform the exchanges that it will publish its unaudited financial results for the quarter and nine-month period ending December 31, 2019, on or before March 14, 2020," said YES Bank, in a late-night filing on Wednesday.

This would, however, exceed the 45-day period from the end of the relevant quarter as stipulated under Regulation 33 of the SEBI (Listing Obligations and Disclosure Requirements) Regulations, 2015.

In December, YES Bank in a filing to the bourses disclosed that its board was willing to favourably consider London-based Citax Holdings' $500 million offer, adding that it would continue to evaluate other potential investors to raise capital up to $2 billion.

Jio vs Airtel vs Vodafone: Best prepaid plans under Rs 200