Cinema operator AMC was down about 9.7% in early deals after falling 18% on Thursday, while US-listed shares of BlackBerry fell 4.9 per cent after six straight sessions of gains 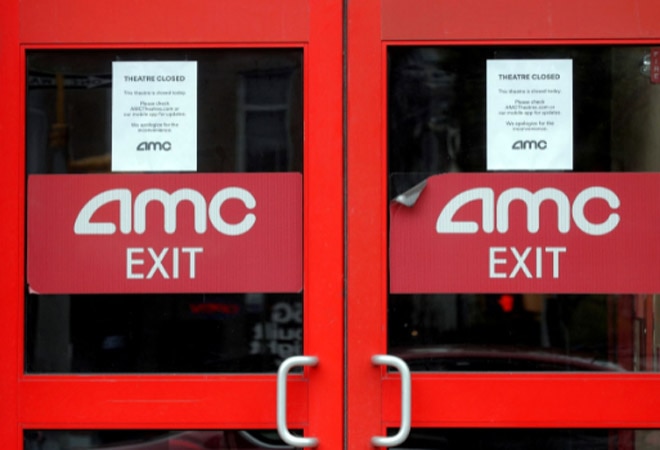 Shares of other "meme stocks" GameStop and Koss Corp were down 2.1 per cent and 4.6 per cent, respectively

Shares of retail favorites AMC Entertainment and BlackBerry Ltd fell on Friday as a social media-driven rally in the so-called "meme stocks" appeared to fizzle at the end of a second straight week of stunning gains.

Cinema operator AMC was down about 9.7 per cent in early deals after falling 18 per cent on Thursday as it completed its second share offering in three days, taking advantage of a nearly 400 per cent surge in its share price since mid-May.

The company has been at the center of a second wave of buying by small-time investors who have hyped the stock in forums such as Reddit's WallStreetBets, reinvigorating the "meme stock" phenomenon that sent shares of video game retailer GameStop up 1,600 per cent in January.

Message volume on Friday related to AMC jumped 12 per cent on trading-focused social media site Stocktwits and 94.5 per cent of the messages reflected a positive sentiment.

But with retail investors now accounting for more than 80 per cent of AMC's shareholder base, many institutional shareholders have said they were steering clear of the stock, while analysts have warned the shares were heavily over-valued.

As of Thursday's close, AMC boasted a market capitalization of $25.76 billion, making it more valuable than 40 per cent of the companies in the S&P 500. At its premarket price of about $45, the stock is trading at 12 times analysts' median price target.

Jefferies told its clients on Wednesday that its prime brokerage arm would no longer allow the execution of short sales in GameStop, AMC and MicroVision Inc, according to reports in Street Insider and Bloomberg News.

Meanwhile, U.S.-listed shares of BlackBerry fell 4.9 per cent after six straight sessions of gains. The stock is up 140 per cent year-to-date, which would be its biggest annual increase since 2007 if it holds.

Shares of other "meme stocks" GameStop and Koss Corp were down 2.1 per cent and 4.6 per cent, respectively.