Asian shares were close to 18-month highs on Friday, tracking a rally on Wall Street after U.S. President Donald Trump promised to unveil a major tax announcement to lower the burden on businesses. 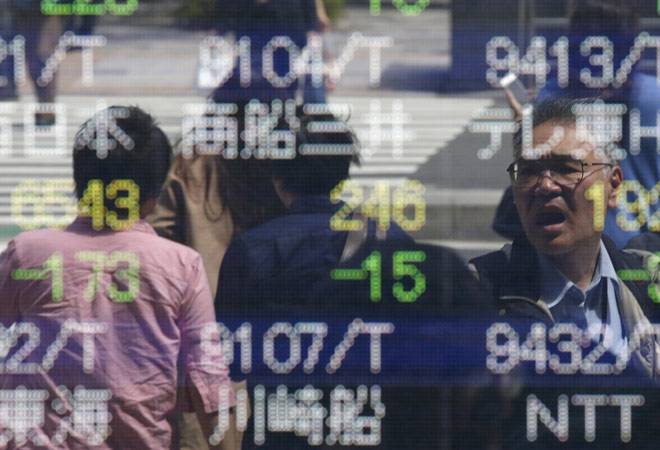 Asian shares were close to 18-month highs on Friday, tracking a rally on Wall Street after US President Donald Trump promised to unveil a major tax announcement to lower the burden on businesses.

MSCI's broadest index of Asia-Pacific shares outside Japan was up 0.1 percent, testing its loftiest level since July 2015 touched a day earlier, and was on track to gain 1.1 for the week.

Wall Street's three main indexes notched record highs on Thursday after President Donald Trump said he would make a major tax announcement in a few weeks, though he offered no details.

"The market loves the idea of tax reform," Chris Weston, chief market strategist at IG in Melbourne, said in a note. "It has corporate tax cuts in its sights and if Trump can push that along, with a more simplified personal tax regime the US and global equities will find buyers."

St. Louis Federal Reserve Bank President James Bullard also gave markets something to cheer about, saying US interest rates can likely remain low through at least 2017, with no clear sense yet of whether the Trump administration's policies will spark higher inflation or growth.

Bullard said he feels that the Fed will only need to raise interest rates once this year, and indicated a move probably will not happen when the central banks meets in March.

The dollar index, which tracks the greenback against a basket of six major currencies, edged up to 100.67 .DXY, on track to gain 0.8 percent for the week.

The euro, recently pressured by political concerns ahead of the France's presidential election, was steady on the day at $1.0656 <EUR= but down 1.2 percent for the week.

Against its Japanese counterpart, the dollar gained 0.3 percent to 113.57 yen JPY=, up 0.9 percent for the week ahead of a meeting later on Friday between US President Donald Trump and Japan's Prime Minister Shinzo Abe.

Abe will propose a new cabinet level framework for US-Japan talks on trade, security and macroeconomic issues, including currencies, a Japanese government official involved in planning the summit said.

Crude oil prices extended gains, with US prices bolstered by evidence that gasoline demand could strengthen in the world's biggest oil market.