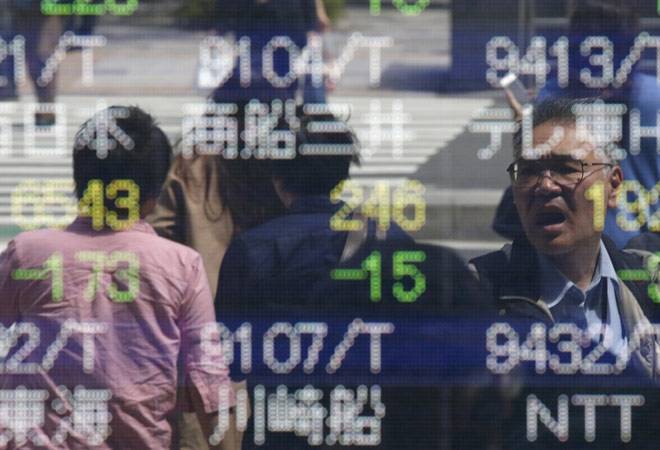 The world's second-largest economy expanded 6.7 percent in 2016, the National Bureau of Statistics said, in line with forecasts.

While the robust headline growth may soothe investors, concerns are growing about whether Beijing can contain the financial risks from an explosive expansion in debt fuelled by years of government stimulus.

A cooling housing market and painful structural reforms, as well as pressure on exports if Trump fulfils his protectionist promises, are also key risks for China in 217.

Her statement was seen as less aggressive than a Wednesday speech in which she cautioned that waiting too long to raise rates could risk "a nasty surprise down the road - either too much inflation, financial instability, or both," amid comments by other Fed officials that seemed to favour faster rate hikes.

The greenback slipped 0.1 percent to 114.665 yen. On Thursday, it surged as much as 0.8 percent on upbeat U.S. data pointing to brightening economic prospects, before closing less than 0.2 percent higher at 114.82 yen as concern about Trump's policies returned.

U.S. homebuilding rebounded sharply in December amid stronger demand for rental housing, and the number of Americans filing for unemployment benefits fell to near the 43-year low touched in mid-November.

"The dollar could fall if Trump pushes forward his protectionist rhetoric in his inauguration speech," said Minori Uchida, chief FX analyst at Bank of Tokyo Mitsubishi UFJ. "Some investors also expect more details on his policies, so the dollar could also slip if Trump does not mention any specifics."

The dollar index, which tracks it against a basket of six major global peers, pulled back 0.2 percent to 100.96 on Friday. On Thursday, it pared a 0.8 percent gain to close up 0.2 percent.

Japan's Nikkei reversed earlier gains to trade flat as the yen strengthened, and was on track for a 1.1 percent weekly loss.

U.S. stocks were also restrained, with the major indexes posting losses of as much as 0.4 percent, and the Dow Jones Industrial Average down for its fourth straight session.

"There's been a lot of positive news priced into the market so it's taking a break on the equities side," said Wade Balliet, chief investment strategist of the Bank of the West in Denver.

Amid questions about whether Trump will deliver on his pro-business promises, including tax cuts, fiscal stimulus and looser regulation, investors are "getting nervous trying to piece together what the policies will be," he said.

The euro rose on Friday, extending gains following initial losses after European Central Bank chief Mario Draghi played down a recent rise in euro zone inflation, as investors parsed his statement and noted he had announced no changes to policy.

The common currency advanced 0.2 percent on Friday to $1.06835 . It dropped as much as 0.4 percent on Thursday, before retracing its steps to close 0.3 percent higher.

In commodities, oil rose after the International Energy Agency said oil markets had been tightening even more as cuts agreed by producers took effect. Still, gains were tempered by concerns about swelling U.S. inventories.