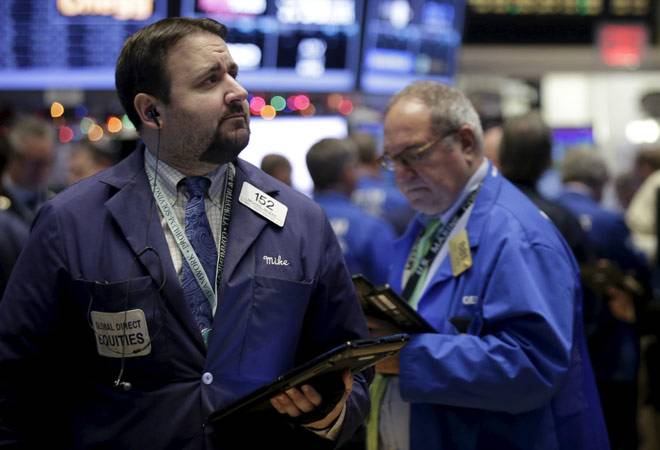 A late rebound in energy and biotech shares helped push the S&P 500 to a second straight day of gains on Tuesday, while Apple and other technology shares also boosted the market.

The Nasdaq snapped an eight-session losing streak, with the Nasdaq Biotech Index rebounding late, also breaking an eight-day run of losses. The biotech index, among the hardest-hit in this year's selloff, ended up 1.5 per cent.

Crude oil prices ended lower after another roller-coaster session, but the S&P 500 energy index reversed course to end up 0.4 per cent, while shares of Exxon Mobil jumped 2 per cent to $75.20 and Chevron rose 1.7 per cent to $82.15.

Technical indicators also suggested a rebound was in order, even if it is just short-lived, analysts said.

"This looks to me like a technical bounce. The market's very oversold," said Bruce Zaro, chief technical strategist at Bolton Global Asset Management in Boston.

"Until investors can fundamentally get their heads around oil at this price, the market will react to oil and China."

Stocks had their worst five-day start to a year ever following mounting investor concerns about declining oil prices and a China-led slowdown in global growth.

Apple ended up 1.5 per cent at $99.96 after Bank of America Merrill Lynch analysts upgraded their rating on the stock, while Intel rose 1.9 per cent to $32.68 after J.P. Morgan gave upbeat comments on the stock.

Shares of Alcoa dropped 9 per cent to $7.28, a day after it posted a quarterly net loss.

Health insurer Anthem Inc finished up 5.6 per cent at $135.60 per share after it gave a profit forecast. It boosted shares of other health insurers, including UnitedHealth, which gained 2.4 per cent to $112.26.

After the bell, shares of Ford Motor fell 3.1 per cent to $12.45 after it forecast results, while MetLife gained 7.6 per cent to $45.19 after it said it plans to separate a substantial portion of its US retail business.

Earnings for all S&P 500 companies are forecast to have declined 4.7 per cent in the fourth quarter from a year earlier, according to Thomson Reuters data. It would be the second straight quarterly profit decline for S&P 500 companies.

Volume remained heavy. About 9.0 billion shares changed hands on US exchanges, above the 7.5 billion daily average for the past 20 trading days, according to Thomson Reuters data.